Settlement of Societies in Eritrea 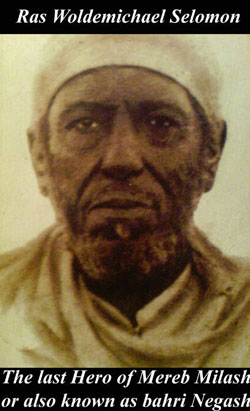 After the fall of the Axumite kingdom a number of Beja kingdoms started appearing in the country and the Baqlin, Basin and Jarin kingdoms were some of the well-organized kingdoms.
The kingdom of Baqlin: – were extended from the place known as Rora Habab to the entire Barka area. The inhabitants of the kingdom were agriculturalists and pastoralists, and they were one of the kingdoms that established some of the modern day cities.

The kingdom of Basin: – were the kingdom of the Nara and Kunama settled in the Gash Barka. Even though they were recognized as a kingdom, they were governed by a council of traditional elders.
The Kingdom of Jarin: – extended from the port Massawa to the Barka river in the west and to Zayla (present day Somali) in the South. The Dahlak Islands were the major cities of this kingdom.

These kingdoms were established in the present day Eritrea about 1,000 years ago where majority of the societies did not follow any kind of religion, but were known in the region for their bravery and trade skills.

About 600 years ago those kingdoms were replaced by another Beja kingdom, the Belew Kingdom, which governed majority of the lowlands.

THE COMING OF THE AGAW

After the decline of the Axumite Kingdom in Eritrea, it remained limited to southern Ethiopia and was not functioning as a kingdom and there was a lot of looting and chaos ensued in the region. As a result the Agaw people migrated northward and settled in Keren. Those settled in the Keren are the ancestors of the present day Bilen Ethnic group.

The direct descendants of the Agaw people in Eritrea are the Bilen Ethnic group, but there were also other descendants that settled in the former Seraye, Hamassien and Akleguzai provinces.

After the fall of Axumite kingdom another Agaw kingdom, known as the Zagwe Kingdom was established in Lasta (present day Ethiopia). After ruling for 600 years, the Zagwe kingdom was replaced by another kingdom from the Amhara region and this gave additional reason for the Agaw people to migrate again to the north and settle in the former Seraye province, parts of Hamasien and Akuleguzai districts.  Despite the continuous migration of the Agaw people towards north, the Bilen were the only ethnic group that kept the language of their ancestors, while the others intermarried with the people of their surroundings and lost their ancestral language.

THE COMING AND EXPANSION OF ISLAM

Prophet Mohammed spread the message of Islam in Saudi Arabia around 1,300 years ago and there were some that opposed his teaching. And when his enemies started killing his followers he ordered the followers of Islam to hide in the highlands of the preset day Eritrea and Ethiopia.

After some time many followers of the Islam began settling in the highlands of Eritrea and Ethiopia. Some came for trade while others came to escape from their enemies. These settlers preached Islam to the natives of the region as a result of which the inhabitants of Massawa and Denkalia become followers of the Islam and the faith gradually expanded towards the central part of Ethiopia.

While Islam was expanding in the country, the highlands were governed by “Bahri Negasi” from “Debarwa”. The authority of the  Bahri Negasi in the country depend on the strength, number of territories governed by that particular Bahri Negasi.
The kingdom of “Belew” governed the lowlands; it was extended from the Gash River to Sewakin (Sudan) and was the one that replaced the kingdoms of Baqlin, Basin and Jarin after 200 years.

From most of the early inhabitants of Eritrea, the Afar had a distinctly different way of living. They were pastoralists governed by clan leaders and were followers of the Islamic faith. The Saho ethnic group descended from the Afar group, but also have Semitic ancestral ties; the Saho and Afar languages are interrelated.

Around 550 years ago, the highland of Eritrea used to be called “Medri Bahri” and was ruled by Bahri Negasi Yeshaiq.   Though Bahri Negasi has the authority to rule the entire country under the Ethiopian kings.  In 1541, a king(Ahmed Gragn) from Adel (East Ethiopia) defeated the other kings of Ethiopia ruling the highlands and started expanding towards the highlands, when Bahri Negasi Yitzhak confronted him in Debarwa. Unable to restrain the incursion by the king of Adel, the Ethiopian kings appealed to the Christian Portuguese colony present in the region.  The Portuguese came to help but could not defeat Ahmed Gragn. Later Gragn asked help from the Turks, and they began supplying him with weapons which enabled him to defeat the Portuguese. After the defeat of the Portuguese Ahmed Gragn ruled Kebesa under iron fist, he began killing priests, burning churches and forcing the inhabitants to adopt the faith of Islam.

In 1542 both the king of Ethiopia and the Bahri Negasi Yitzhak jointly defeated Gragn and he died on that particular battle. While the highlanders were fighting Gragn, Turkey invaded the coastal areas and in 1517, Massawa and Sewakin fell under the Turkish occupation. The Turks were administrating Massawa by a representative titled “Naib”, who settled in Hirgigo. The Turks administrated Massawa for forty years, and in 1557 they brought their army and in the same year they occupied Debarwa.

After their occupation of Kebesa, the Turks got into war with Bahri Negasi Yitzhak and were defeated in Debarwa. After three years, Bahri Negasi Yitzhak began protesting against the kings of Ethiopia and in order to defeat the Ethiopians he asked for help from Turks but the Ethiopian ruler at that time, King Sertsedingle, defeated both the Turks and Bahri Negash Yitzhak in the first battle in which Bahri Negash Yitzhak was killed. After the death of Bahri Negasi Yitzhak, the Kebsa was repeatedly invaded and looted by the Kings of Ethiopia. The Turks retreated to the coastal area and governed it for 300 years, and during all this time the land was administered through the local representative, known as Naibs.

While Turkey governed the coastal area, the people in other parts of the country were migrating, intermarrying and at the same time fighting one clan against the other. For example, in the Kebesa with the help of the kings of Ethiopia a clan or Enda Tesfatsion become the lords of Hazegga and Tseazgga, who then started ruling the entire Kebesa region.

The Kebesa Lords that collect taxes from the people began appearing in Rora, Maria, Mensa’e, and the lands of Afar and Beni Amer. These lords, known as “Shemagle” in the Kebessa and as “Bet Asgede” in Rora, ruled by dominating all the economic activities like farming and enforcing taxes. This monopoly and regular tax payments made the life of the inhabitants worse.

In the Afar society; the first inhabitants were Adaimara and the latter setters from the South were Asaimara, which later became the rulers. But the relation between the two divisions of the society was not as difficult as the one between the Shemagele and the common people in the highlands.

The only people that don’t have the lord and peasant relations among the clans were the Saho ethnic group. The Saho moved around in various parts of the country, Mensa’e and Maria groups are part of the Saho ethnic group but they later adopted the Tigre culture and language.

Around 400 years ago, a kingdom of Funj from Sudan invaded and ruled the Barka region. At the time, Tigre, Hidareb, Nara and Kunama ethnic groups inhabited the area.

Thus, starting 16-19 centuries,  the Eritrean people gradually assumed their present day form, although the coastal area was still under Turkish rule, the Kebesa under various kings from Ethiopia, the Barka under the Funji kingdom,  and the Sahel and Senhit regions under the Shemagele. The Saho ethnic group were the only people free from any kind of rule.

In the year 1823 the Egyptians defeated the kingdom of Funji in Sudan and conquered Sebderat as they moved on towards Keren and the land of the Kunama.
In 1846, the Egyptians leased Massawa and Hirgigo from the Turks and after 25 years they declared the entire former Senhit province to be their colony.
While the Kebesa was ruled under Ra’as Woldemicheal Solomon, the Egyptians were expanding their empire and in 1875 they occupied the former Seraye province. However, the Ra’as together with the ruler of Tigray jointly defeated the Egyptians, and after one year the Egyptians reorganized their forces and confronted the Ra’as but they were again defeated by the Tigrayan ruler king Yohannes and Ra’as Woldemicheal.

After the defeat of the Egyptians the Tigrayan king and Ra’as could not get along and the Tigrayan king tricked Ra’as Woldemicheal and imprisoned him. After the defeat of Ra’as Woldemicheal the people of Kebesa and Qola faced a lot of lootings and invasion from Ra’as Alula of Tigray and finally Raisi Alula declared himself the ruler of Mereb-Melash (present day Eritrea) and settled in Asmara. In the years Ra’as Alula ruled Mereb-Melash, the people of the region faced a lot of hardship though the people of Nara and Kunama were the primary victims of the crimes committed by the Ra’as.

In 1880 seven Ra’ases from Tigray united and invaded the land of Afar and Saho but the majority of the invasions were by led Ra’as Alula, he invaded the people of Saho twice. The first invasion was in 1879 where he was defeated and there was a second invasion in which again he was defeated, the leader of the Saho people at that time was Abubeker Nasser.

During the aforementioned period, the people of Eritrea were facing a lot of looting, killings and persecution at the hands of the Egyptian invaders, the Ra’ases from Tigray and the Mahdists from Sudan. In addition to all this, in 1888 drought spread in the country and majority of the population began migrating to neighboring countries especially to Ethiopia. As the country was facing natural disasters and the invasion of different rulers and the Italians, till then confined to Asseb and Massawa began moving up towards the highlands.

Classic Touch of a Vintage Building