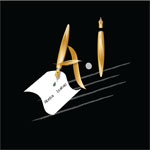 Excuse Me! Your Name is What ?

Pride of The Nation: Complementary Power