Did Saddam’s Soldiers Throw Babies From Incubators In Kuwait? 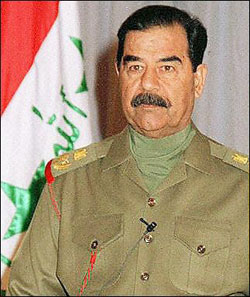 In the president’s rhetoric the synoptic statement justifying the war—“This aggression is not going to stand”—was built in part on a deception about babies and incubators. More important for our purpose here, the narrative was used to rebut the charge that the purpose of going to war was securing access to oil, as opponents of the war alleged (“No blood for oil” was the chant heard at protests of the war).  Bush used the dramatic, heartrending story to reframe the conflict as a moral one in which no compromise was possible and the United State’s actions, in the past or present, would not be subject to debate given the evil of the enemy.
The Nayirah tale is instructive for other reasons that speak to our need for public wariness and press vigilance when public discourse veers into emotional anecdote. MacArthur’s book and Safer’s expose both appeared in 1992, nearly a year after the war was over; the ABC News story was the first attempt to disprove the incubators story, but it appeared after the war ended as well. The incubator story raises a number of important questions: First, was the president deceived? What efforts were made to verify the facts used to justify consequential action? Did the president believe the account because he heard it form the Emir, saw Nayiarah’s testimony on CNN, and read Amnesty International’s seeming corroboration? Was the analogy comparing Saddam Hussein to Adolf Hitler—which was made from the day Iraq invaded Kuwait—given more legitimacy by the incubators story? These questions are important because 200,000 troops were already on the ground when the incubator story emerged.
Why did it take so long for reporters to check the facts? Of course, journalists would have had trouble getting into Kuwait to talk with the medical personnel in the hospital. Nonetheless, why was there no skepticism about a story from a young woman speaking under an assumed name? Why no tests of her credibility? Didn’t any reporter in Washington know enough about the family of the ambassador to recognize his daughter? Why didn’t any reporter ask for a copy of her passport to verify that she was in Kuwait at the reported time? John MacArthur reported that Congressman Tom Lantos, the co-chair of the Human Rights Caucus, knew before the hearing that “Nayirah” was in fact the ambassador’s daughter. Although Congressman Porter denies knowing, the Kuwaiti ambassador himself claimed that both Congressmen were aware of her identity. Why did no reporters ask Lantos or Porter if they had any information that would substantiate her claim?
Why didn’t someone test the claim of Amnesty International by asking U.S. doctors who had visited Kuwait how many incubators a single hospital would be expected to have in use at a given time? Does Kuwait have an unusually large number of premature births? Why didn’t reporters spot the contradictions in Bush’s accounts? For example, in a speech in Des Moines on October 16, Bush said, “In a hospital Iraqi soldiers unplugged the oxygen to incubators supporting twenty-two premature babies. They all died. And then they shot the hospital employees.” Did the soldiers unplug the oxygen or throw the babies to the ground?  The story changed in various tellings. As C. Wright Mills observed in The Sociological Imagination, “The problem of empirical verification is ‘how to get down to the facts’ . . . The problem is first what to verify and second how to verify it.”19
The reporter who uncovered Nayirah’s identity did so while writing a book about propaganda and the Gulf war. John R. MacArthur told 60 Minutes, “I set out to find out, like any reporter does. And I started asking questions. And I finally heard a rumor that Nayirah was a daughter of the Kuwaiti Ambassador, so I used an old reporter’s trick. I called up the embassy, and I said, ‘Nayirah did a terrific job at the Human Rights Caucus, and I think her father must be very proud of her. And doesn’t she deserve her place in history? And the ambassador secretly said to me, “you are not supposed to know that. No one’s supposed to know she’s the ambassador’s daughter.”
The conditions of war made the press both more willing to accept the incubators story and less able to determine whether it was true. But in other cases, assertions that would have been quite simple to investigate have been accepted at face value because they cohered to form a powerful, coherent narrative.
*Taken from the “Press Effect” by Kathleen Hall and Paul Waldman