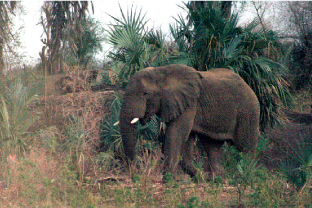 Records in the Ministry of Agriculture indicate that 30 % of Eritrean land used to be a dense forest 100 years ago. But, due to prolonged wars, droughts and other factors the thick forest was been reduced to only 1% coverage over the years. Hence, the Government of Eritrea, in order to restore natural vegetation launched summer work programs in 1994. Students were deployed in different parts of the country to participate in forestation activities ranging from planting tree seedlings as well as soil and water conservation activities. Huge number of human resources and 173 million Nakfas were deployed in this endeavor over the past 14 years.  But, has the program been successful in achieving the desired outcome? What are the prospects?
A sensitization workshop on a research paper that evaluates the effectiveness of summer students’ campaign carried out in the last 14 years (1994-2008) was conducted on October 15, 2009 at the Embasoira Hotel.  In the workshop in which representatives from different ministries and invited guests took part it was disclosed that the research was conducted to assess the outputs of such campaigns in view of the set out goals and to chart out viable future plans. Though the summer campaign included wide-range of activities, the research mainly focused in the areas of water and soil conservation and activities of reforestation.

According to Mr. Redae Teklay, chairperson of the research technical committee, students’ summer campaign was carried out throughout the country in 187 different areas, of which, only 62 places were selected for study. The spots were divided into four sampling clusters taking into account factors such as agro- ecological zone, locality, frequency of campaigns and management interventions.

Most of the sites that registered an encouraging outcome were those with permanent and temporary enclosures, with higher survival rates and less soil erosion in the permanently enclosed sites. Seedling selection was also cited as another factor that affected the survival rate.  For instance, in areas like Shambko (Gash Barka region), where indigenous vegetations were planted, 100 percent survival rate was registered, whereas imported seedlings in have exhibited low endurance.

This indicates that high diversity of local vegetations contributed much to the development of biodiversity and resulted in the coverage of dense green areas while foreign seedlings resulted in less favorable outcomes.

During the workshop it was revealed that the summer work program, through the formation of terraces and other preventive mechanisms, has been making due contribution to enrich underground water sources and prevent dams and other water reservoirs from silting. Moreover, the campaign is also contributing in restoring natural vegetations and wild life. Some areas, which were cultivated under this program, attest to the endeavors exerted through this program.

In the discussion forum that followed the presentation of the afore-mentioned findings of the research, participants of the workshop called for an integrated work among Ministries of Education, Agriculture, Finance, Land, water and environment and the department of national statistics.

Present at the discussion forum, the Minister of Education, Mr. Semere Russom, explained that the collaborative efforts of concerned bodies with regards environmental conservation is gaining momentum. He further added that the discussion opened new viewpoints for budgetary decisions.

The participants also recommended that further seed planting programs should be conducted in permanently enclosed areas. They further elaborated that preliminary studies should be carried out prior to the implementation of any further programs so as to identify more effective approaches. The survival percentage should also be taken as a standard measure rather than the quantity of planted seedlings. Moreover, they emphasized on the introduction of alternative sources of energy as a remedial mechanism.

On a different aspect, the summer work program has helped create favorable grounds for cultural exchange among the students who come from different backgrounds and it also cultivates a spirit of strong work ethics among young students.

Mr. Fikreyesus Ghilay, a higher greenery official in the Ministry of Agriculture, on his part pointed out that environmental clubs are being established throughout the country and now there are more than 50 green clubs, which are actively engaged in the conservation of environment environmental conservation.

Did Saddam’s Soldiers Throw Babies From Incubators In Kuwait?