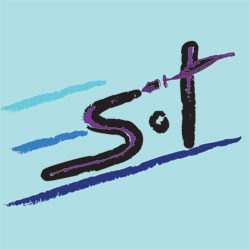 Many have written about the education, but none explained its uses as succinctly as Elie Wiesel.  Wiesel explained why education in and all by itself was meaningless, if there were no values attached to it. Addressing a Global Forum in Moscow almost 20 years ago, he spoke of those responsible for the horrific crimes in Auschwitz, Dachau, and Buchenwald- the Holocaust- heirs of Kant and Goethe, widely thought to be the best educated people on earth. Wiesel explained that their advanced education did not serve as an adequate barrier to their cruel and barbaric conducts. Wiesel explains what was wrong with their education. He said that their education:
“…emphasized theories instead of values, concepts rather than human beings, abstraction rather than consciousness, answers instead of questions, ideology and efficiency rather than conscience…” There are many more instances in mankind’s history that serve as perfect examples on why education without values is meaningless…Determined to put her two-cents worth and publish a book on education in Eritrea is Tanya Muller, another visiting lecturer who believes her various “short visits” to Eritrea and email exchanges with select students somehow makes her an expert on the country and its people is. Muller states:

“…I visited Eritrea on a regular basis since 1996. The academic year 2000/01 I spent at the UoA and during that time conducted in-depths interviews and a wider survey. I have returned for shorter research visits from November 2001 to January 2002, in December 2003, in May 2004 and in October/November 2006…”

“…The Eritrean Institute of Technology at Mai Nefhi, as it is officially known, is located only a few kilometres south of Asmara. But built on an open field site, it feels isolated and remote. Run jointly by an academic vice director and an army colonel, Mai Nefhi resembles more a military camp than a place of higher learning…”

Eritrea is not the first, nor is Eritrea going to be the last, to employ military personnel in academia. Muller must know that there are many military personnel in US and European academic institutions serving as Chancellors, Deans and more. Military personnel are actively recruited in US schools. For example, the “Troops-to-Teachers Program”, is a program run by the Federal Department of Education that offers training for those who want to teach in elementary schools, secondary schools and vocational settings. God forbid if American and British military personnel were suddenly barred from joining academia…all that discipline and experience would be for naught.

Like Reid and others who have been working to create a wedge between the Government and people of Eritrea, especially the youth, Muller echoes Reid’s assertions about Eritrea’s history. She too wrote about the “Nakfa Principles” and how they hampered individual ambitions and academic growth. Muller also deliberately misconstrued the Government of Eritrea’s motives for building schools and institutions of higher learning in other parts of Eritrea as opposed to just pumping more funds into and expanding, the University of Asmara. Without offering any evidence for her erroneous assertions, she wrote:

“…the government imposed structural changes within the education system aimed at enforcing loyalty. These mechanisms were modeled on the military structures that characterized the liberation movement before Eritrean independence. It has rightly been observed that even before 2001 Sawa, the national military training centre in a remote location in the western lowlands, received considerably more attention and investment than the UoA, Eritrea’s only institution of higher education…Sawa’s importance grew further with the revival of the ‘cadre school’, another relict of the struggle for independence, from 2004 onwards; meanwhile and fittingly, ‘cadre training ’ has moved to the School of Social Studies located in Nakfa, where the sixth round of recruits started training in August 2007…”

Her arguments are not only outrageous and outlandish, they are categorically false. This from a professed “expert” on education…Muller must know that Education policy is not static; it needs to be continuously revised so as to address the changing needs of the population. The Government of Eritrea is not in the business of imposing loyalty. There is no “you are with us or against us” policy in Eritrea. That sort of myopic and childish thinking has no place in Eritrea and it certainly does not have place in Eritrean schools.

For all the above reasons and more, Eritrea chose the self reliance path in order to avoid the many pitfalls experienced by other African and developing nations. The achievements are quite impressive considering the fact that Eritreans have had to do it all on their own with little external assistance. Here are some of the impressive facts:

–  The number of kindergartens increased from 90 to 215. Furthermore, 262 Community Care Giver Centers has been established. The gross enrolment ratio for pre-primary education increased from 4% to about 29% in the 5-6 age groups.

–    In October 2009, 156 students, out of whom 20 are males, graduated from the Mendefera Boarding School of Associate Nurses upon completion of a certificate course. The Mendefera School of Associate Nurses which opened in 2004 has so far graduated a total of 620 students in both diploma and certificate, and the latest graduates represent the 5th batch. 700 students have graduated this year from the nursing schools in Mendefera, Barentu and Ginda, and that another 400 would graduate next year from the Asmara School of Nursing.

–    On 3 October 2009, the Halhale College of Business and Economics graduated a total of 816 students in accounting, business administration, management, marketing, tourism, hotel management, as well as secretarial science. 516 completed their studies at degree level, 315 at diploma and 36 at certificate level.

This by no means covers everything that needs to be said about education in Eritrea, its history and its future, but this will suffice for now, as the intention was not to tell the whole story in one sitting, but rather to set the record straight on some of the misguided analysis and writings that are being produced today.

I will end this paper with an excerpt from Wendell Berry’s eloquent essay, “Higher Education and Home Defense”. I hope that it will help the self professed experts on education understand the true meaning and purpose of education:

“…Education in the true sense, of course, is an enablement to serve – both the living human community in its natural household or neighborhood and the precious cultural possessions that the living community inherits or should inherit. To educate is, literally, to “bring up,” to bring young people to a responsible maturity, to help them to be good caretakers of what they have been given, to help them to be charitable toward fellow creatures… To make a commodity of [education] is to work its ruin, for, when we put a price on it, we both reduce its value and blind the recipient to the obligations that always accompany good gifts: namely, to use them well and to hand them on unimpaired. To make a commodity of education, then, is inevitably to make a kind of weapon of it because, when it is dissociated from the sense of obligation, it can be put directly at the service of greed…”

Allow me to end with Martha Wagar Wright, a researcher who has done work in Eritrea. She has good advice for some of these haughty “experts”, “analysts”, and “researchers”. She says:

“…Perhaps those of us going into the field need to consider if we have failed to recognize what the people we are studying already do have; perhaps we need to see if we have allowed ourselves to be blinded to the gifts and abilities of the people themselves because we have, perhaps unwittingly, assumed them to suffer an intellectual impoverishment commensurate with the material…”

The EPLF and the Government of Eritrea understood the importance of the education to Eritrea’s reconstruction and development and did not hesitate to allocate huge portions of the national budget for its development. This strategic investment is paying off today as hundreds and thousands of Eritrean youth graduate from the various schools and colleges around the country, empowering the Eritrean population both socially and economically.