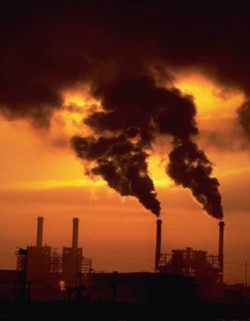 Who is cheating the world?

The issue of climate change has become one of major issues requiring direct and urgent priority at scientific and political levels as such a phenomenon has serious impacts on the future of humanity and generations to come. The present evidence affirms the reality of this phenomenon, brushing aside any skepticism about its occurrence which began early this century as modern scientific studies have proved.

Among reasons for concerns about this phenomenon is its impact on various aspects of life, economy, energy, agriculture, water and environment, regional and international security, according to experts.

Since the emergence of global warming, which has become reality of life, it sparked extreme concerns across the world. It began to appear on the agendas of international, regional and national conferences within the framework of efforts to find a satisfactory way out of the problem which poses a major threat to human survival. To cite examples, the Copenhagen summit held late last year, whose outcomes were not up to expectations, especially for developing states affected by the phenomenon.

Scientific circles have witnessed various studies most of which concluded the need to cut emissions and resort to applying modern technology in the field of industry and environment friendly fuel.

Why is the world concerned about climate change talks?

Due to failure to international agreement regarding reduction of emissions spelled out in Article 4, besides, the inconformity of these obligations with emissions reduction in accordance with Kyoto Protocol and the volume of the problem according to modern scientific reports.

Also the 3rd and 4th report of IPCC, which settled scientific dispute over the reality of climate change through evidence and proofs scientifically and factually proving weather changes in some European states we are seeing today like storms, snows that paralyzed life in those states with temperature below zero.

Evidence Confirming the Reality of the Phenomenon

Specialized scientists in environment affirms the reality of this phenomenon (climate change) through various changes which started early this century, such as: Waves of hot temperature that began to hit countries and cold regions which have never seen such occurrences before, proliferation of drought, delay in rainfalls in various regions across the world, ice melting in north and south poles, tsunami and the ozone hole. Among regions affected by high temperature is France where temperature went up to above 40 centigrade in 2003 and 38 centigrade in Britain for the first time, 35 centigrade in Swaziland, the highest in its history. Among the evidence was water decrease in the biggest fresh water lake in Austria due to high temperatures, besides grave risks through which went Latin America and Asian states, the Pacific Ocean, notably the Philippines which hit by Ketsana hurricane last September reaching 78%.

The Danish capital Copenhagen hosted early last September the biggest international summit on climate change where many major industrial and developing states took part. The summit was aimed at mobilizing political support on arrive at an ambitious international agreement to face the climate change to handle its causes. It debated vital issues manifested in the necessity for commitment to reduction of gas emission responsible for global warming.

However, the summit encountered great challenges and was termed as not achieving aspired goals and ambitions of developing states, mainly affected by these negative impacts of climate change as industrial states major contributors to the problem remained obstinate. Participating states acknowledged the existence of a climate deal reached by the United States of America, China, India, Brazil and South Africa without officially consenting to it.

The group demanded to maintain Kyoto Protocol with settings timeframe to abide by gas emission cuts according to IPCC scientific terms of reference; besides improving tools and mechanism regarding cut on emission and obliging industrial states to handle economic, social and environmental impacts on developing countries.

Driving into the Clouds Filfil-Massawa Road