Experiences Of A Freedom Fighter In Operation Fenkil 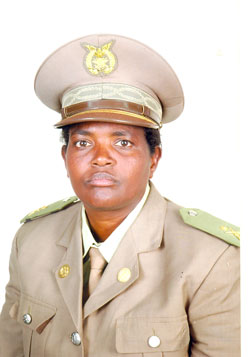 Her name is Elsa Habtemichael, but she is more commonly known by her nick name Jinubi. Lt. Colonel Elsa joined the Eritrean armed struggle for independence in 1978 during the strategic withdrawal. Being one of the many brave freedom fighters who participated in the Operation Fenkil, Jinubi conducted an interview regarding her experience in the historic war. Excerpts follow:

Tell us how you joined the armed struggle?

There were freedom fighters in our village and I was actively involved with mass organizations even before I fully understand the concept and cause of the struggle. Later on I came to realize that it won’t be easy to achieve independence and ensure social justice. So I decided to join the armed struggle during the strategic withdrawal, 1978. I was assigned to 70th division following military training.

How did you gain your nick name, Jinubi?

As soon as I joined the armed struggle, a martyred comrade gave me the nickname, probably because I was tall, dark and skinny, resembling a lot like the people of Southern Sudan.

If you had not become a fighter what kind of life would you have been leading right now?

Like my fellow villagers I would have become a farmer’s wife with children, or gone aboard. I would never have been the Elsa that I am now, a former freedom fighter who speaks out for the rights of women.

As you were one of the participants of Operation Fenkil, can you tell us your perspective of it?

Fenkil literally means to uproot something from its core. Every aspect of Fenkil Operation was executed according to detailed and sophisticated planning. The freedom fighters’ devotion enabled them to perform unbelievable heroic feats during the war.  Even enemy forces were forced to express admiration to the perfection of the Operation.

What was your personal experience in the Operation?

The division I was in was in Asosa, Ethiopia, during the week the operation was to be executed. Then we arrived in Mai’ule around She’ib area and at that time we were told that we were going to carry out the maneuver.  Operation Fenkil began at 1 a.m and an attack was launched based on detailed studies including that of weather conditions and well-drafted strategic plan. The offensive was launched with full confidence and everybody was convinced that victory was inevitable.

A number of women fighters participated leading their units in this particular war, isn’t it unusual to let women take a leading role in major operations such as Fenkil?

Never, female fighters have been able to prove their competence in pervious major wars. So there was no doubt regarding the women fighters’ abilities. They were captains, lieutenants, corporals… and won many battles along their male counterparts.

Can you describe the experience of crossing the sea at night on a small boat?

You don’t expect any good thing to happen in moments like that.  The place was very narrow and we were injured the minute we went onboard. On land you can fight hand in hand but on sea you don’t know what is going to happen the next minute. You can perish without accomplishing anything. The performance of the EPLF naval forces was beyond words can express. These valiant fighters didn’t take any special training to accomplish this, only their commitment and bravery enabled them to do the undoable.

Seeing freedom fighters on small boats swiftly rolling under the giant ships and attacking them, it is confusing to see who is being hunted by whom. On the 14th of February a US ship came to the aid of Ethiopian forces, but was compelled to run back when chased by the small boats of the EPLF.

Where you ever afraid for your life during the whole operation?

What did you do after Operation Fenkil?

I moved towards the highland areas and I was nine months pregnant.  Until the end I fought and lead a battle. I was the first freedom fighter to deliver in Mekane-Hiwet hospital- now Orrota. Many people came to visit me in the hospital; I guess they never saw a freedom fighter having a baby.

Resolution 1907: An adventurism Targeted to the Horn of Africa