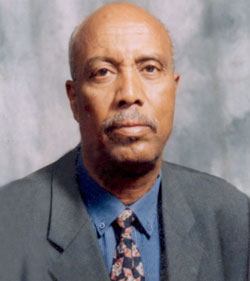 In the meeting, the Ambassador explained on the objective situation in the Homeland and the region, as well as the unjust sanctions resolution adopted in the name of the Security Council against Eritrea.

Moreover, Mr. Alem conducted discussion with the Prime Minister of Singapore, Mr. Lee Hsien Loong, Senior Minister of State for Foreign Affairs, Mr. Zainul Abidin Rashed, and other senior Singaporean officials. The Ambassador gave extensive briefings on the achievements Eritrea is registering in social and economic spheres on the basis of the principle of self-reliance, as well as the available investment opportunities in the domains of agriculture, marine resource, trade, industry and mining.

Mr. Zainul Abindin Rashed stated that it is incorrect for the Security Council to impose sanctions against Eritrea in a meeting in which the country did not participate. He further highlighted the existing cooperation of partnership between Eritrea and Singapore, and added that it would be enhanced.

Besides, Ambassador Alem held talks the Chief Executive of the Singaporean Business Federation, Mr. Teng Theng Dar, on possible investment on the part of Singaporean investors in the Eritrean marine resource sector.

Mr. Teng Theng called on Eritrean officials to visit Singapore and give briefings to investors on the available opportunities in the marine resource sector. He also invited Eritrea to take part in the Africa-Singapore Business Forum scheduled to take place from July 14 to 15.