Memories Of A Heroine 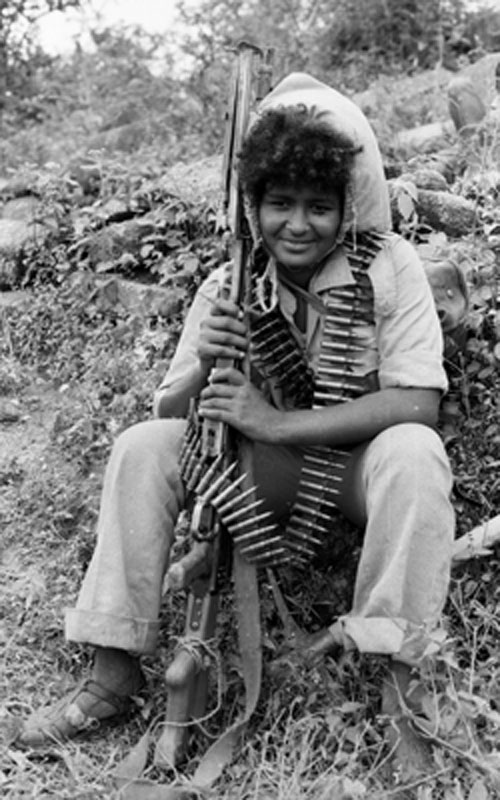 It was obvious that victory is nearing, many of the country’s cities and big towns were under the control of the EPLF but still the few left have to be liberated and the operation undertaken to liberate those places would be a huge one especially comparing it to the sophisticated weapons and the number of soldiers deployed by the enemy in those areas.

I was member of the 16th division in the now Southern Region and our base was in Gura’e, when we were told that we were going to attack the city of Dekmhare and liberate the town, I was glad that I was still around to witness the end of the struggle. I was six months pregnant and no one knew about my pregnancy and I did not have any intention to tell because that was the culture of the struggle that we inherited from our seniors. You don’t brag about what you did and did not do, you don’t complain about your wounds or any other trouble you are having at that very moment. And there was an unwritten rule that called for things to be done in a certain way. And what I did was no exception but after the first attack to liberate the town failed, a colleague told my superiors that I was pregnant. After that I was sent back to base and that was the last day I spent in a field but all is fresh in my mind till now. The town covered in dust and smoke, the sound of the bombs exploding in every corner was deafening, the fighters endured the situation and launched a second attack which liberated the town and later lead to the liberation of the whole country.

This is a memory of a fighter who spent most of her youth in the struggle for the liberation of her country. She said that all her memories can’t be told in one sheet of paper but to view part of her life and experience in the struggle, she narrated highlights of her memory. Her name is Hana Amara and was born in 1964 in Asmara in an area called Arbaete Asmara. This fighter remember her last days in the field as mentioned above and when asked about her first days in the field and her recruitment, she narrates her story as follows.

There was chaos and instability in the capital, the soldiers of the Derg killed and imprisoned everyone and anyone, at that time two of my brothers left home to escape the brutality of the regime and joined the struggle but before they went to the field they were staying in Derfo. When this information reached my mother she took me there and we met my brothers, which was the first time I heard about the struggle and saw fighters. After this incident despite the fact that I had no deep knowledge about struggle, I became interested in the struggle. Then in 1978, I joined the armed struggle and after the proper military and political training I was assigned to 27th Battalion.

Except for the times I spent in hospitals, most of my time in the struggle was spent in the field but my first experience of war was one of few memories that I couldn’t forgot easily. It was the 5th offensive, every one in my division was fighting but since I was new and young I was inside the caves. After the battle had subsided, I couldn’t find my superior whom I later found out was martyred. At that moment all my fears were gone and I told my superiors that I am ready to join the war and that is how I begun my life in the field. After that she witnessed many battles and every battle has its own history and memory in the mind of this fighter. But she remembered the 6th offensive as one of the longest and the toughest times of the struggle and she also remembered this time because it was the time when she lost many of her colleagues.

Another incident that Hanna remembered was the first time she was wounded. She said:   “We were in the northern Sahel frontier and I was wounded right after the war started, the wound was on my leg and wasn’t that much serious, so I covered my leg with a piece of cloth and fought till the end. After the war was over my colleagues saw that my shorts were torn and knew that I was wounded.” She said that she has been wounded many times but she is not willing to discuss it because that was not the culture the struggle inculcated on the fighters and said that there are others that gave their precious life to the freedom of this country.

Today Hanna is working as an assistant nurse in Orota Hospital and the daughter she gave birth then is now 19-years- old, she also has another son and daughter. Hanna finally said: “Though we have lost our beloved ones, we have achieved what we have been fighting for 30 years and now our country is in progress. What matters is what we achieve not how we reach there and we, Eritreans, achieved our freedom by ourselves.” We will reach where we want as long as we are determined to do so were the final words of this heroine.