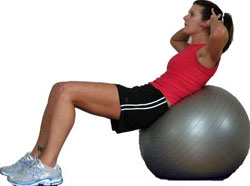 The precedence objective of the government of Eritrea is to arm its citizens with appropriate professional knowledge and help them develop their skill competence. Through this motive the government and the people of Eritrea are in a relentless strive to build a self sustained nation. The government therefore promotes the extension of educational opportunities for all ages in the entire country. As part and parcel of the all-round development of education in the country, accordingly, the government plays a standard-bearer role on the extension of educational opportunity for prisoners envisioned at promoting the prisoners’ skills, sports and their cultural and moral values.

Changing and developing the psychological thinking of the prisoners is the Government’s top priority, most importantly to make them productive citizens. Regarding this topic McCain once had been quipped of saying regarding the treatment of prisoners and their handling. “The abuse of prisoners harms, not helps, our efforts,” McCain argued in support of what latter has became to be known as the McCain amendment also later rejected by President Bush.   Opposing brutality of illegal and cruel treatment of prisoners, influential leaders of some countries and many human right advocates spearhead efforts to close loopholes in laws aimed at preventing the torture and abuse of prisoners. They actively oppose violations of the convention against torture, arguing that torture is not only a violation of human rights but also that it harms the fight on disputes, because this definitely leads to bad intelligence.

Some nevertheless are, observed to preserve the right to ignore any part of the law that they regard a hindrance to crimes, believing that punishing prisoners of the law even by applying major punishments would reduce the crime rates since this would be a lesson for others not to do so. Unlike the law of Hammurabi,  ‘An eye for an eye, and a toot for a tooth….’ of the ancient times, a number of new climates of opinions of individuals have led to more frequent use of corrective punishment, rather than revenge oriented intense punishments.

Some courts, however, prescribe procedures that must be followed before the death penalty might be given, and this at the same time has limited the right of prisoners to appeal their convictions on constitutional grounds. But in Eritrea this case is the other way. Prisoners are imprisoned for correction and reshaping their behaviors so as to reflect on what they have done and change tracks in their way of life.  As a result of this good will of the government, the Sembel Prison and Rehabilitation Center graduated prisoner students of this year’s batch last Thursday, 15th of May, 2010 with certificate from different fields and from the regular academic classes in the presence of government officials, religious leaders and other distinguished guests. Because they are given under the prison and rehabilitation centers and time of quarantine of the prisoners, all the academic and vocational education as well as sports, cultural and general knowledge contests hold their own unique meaning and importance. Hence, prisoners in order not spend their time there idle during their stay in the rehabilitation center, they are provided with different educational programs that they can participate so that they would gain knowledge and skills to register basic changes in their lives. Thus, it would help them to secure the positive role they have to the Eritrean society. This on the other side means to shape the prisoners in a way that they would develop ethics, respect their true self, preserve their norms and values of their people, and most importantly to correct themselves learning from their past wrong experiences and misdeeds so as  to follow a bright future and lead well disciplined  and respected life. To make the aforementioned objectives possible, therefore the government of Eritrea in general and the Eritrean Detention and Rehabilitation Center in particular carryout the inexorable efforts in facilitating the teaching-learning process. And as a result of which there laid a ground that promotes a year to year development through which remarkable achievements have been registered ever since it was first established. The school accommodates service for first grader students up to 11th grade. Serving as a central place for all schools of detention and rehabilitation centers, the Sembel Detention and Rehabilitation School is one among the exemplary schools for its accommodation to host many students. For this reason students of the other schools of detention and rehabilitation centers follow up their National General and their Secondary Education Leaving Certificate Examinations by transferring to the Sembel Detention and Rehabilitation School.

Time and again captain Paulos Mengstu head of education department in Sembel Detention and Rehabilitation Center indicated that the very aim of the Prison and Rehabilitation Center is to eradicate literacy as well as to help the prisoners to continue their education and reshape them to be productive citizens. The kind of education practiced in the school is employed according to the curriculum the Ministry of Education follows. “The students of the Sembel Detention and Rehabilitation Center correction get to choose between the Art and Social Science stream for the time being,” said Captain Paulos. He continued to say that their students are placed to the Art and Social Science stream only as they have no laboratory and other services for the pure Science stream yet. The captain went on to say that those whom have managed to complete their 11th grade are sent to Sawa to continue their 12th grade and participate in the national matriculation exam.

As such student who got a passing mark to join for tertiary education are allowed to continue. Moreover, Captain Paulos went on to say that as all teachers are from the prison and rehabilitation center, they work diligently with perseverance under their respective department heads and proceed though the process of lesson plans and lesson notes in the learner centered inter-active pedagogy. Though these each other’s sharing of experiences and transfer of educational knowledge flow, they manage to use their golden time during their stay in the prison. During the occasion graduates reflected their confidence, resilience, love and care taking among themselves and the determination they have to work for their country and their people also through their artistic performances that they have presented. They revealed the spirit of friendship and hard work among themselves and respect for their country.

For students and some stuff members of the center who have completed 11th grade in general and the grade 10 students who take the course regularly are given some basic computer trainings like: introduction to computer science, windows, Microsoft word, Microsoft excel, Microsoft power point, Microsoft access, Geez windows and general introduction to internet. Also in the school, Principles of Accounting Theory is given for the student who have completed their secondary education and above, supported by both theory and practical sessions. Graduates of this type of course are able to manage works of service rendering organizations and merchandized enterprises effectives and are also skilled enough to understand and analyze data from documents.

“Most importantly, Principles of Accounting Theory helps students as a spring board to partake in tertiary education s,” underlined Mr. Mengsteab Tecletsion, one of the devoted volunteer teachers for the Principles of Accounting Theory. He also said that computer aided Peachtree accounting is organized for the students coupled with the theoretical class; some optional courses about structuring, management and bookkeeping are also on the due service among the others. Speaking about their future plan, Mr. Mengsteab explained that it would be flexible depending on the number of the students and provision of facility materials.  Following the award handling ceremony for outstanding students, the participants of the event observed exhibition of different activities like paintings, handcrafts and presentations of their computer skills showcased by the students.

Men, Women And Shopping: Who Does It More