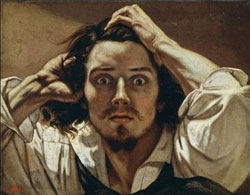 An 80 year-old man and a youngster in the middle of his twenties fear death equally, when in reality one has seen enough of the world in his life time and knows that his life span in the world is over while the other has his whole future in front of him, still both fear deaths.

Despite the fact that death is one of the unavoidable aspects of life, due to the exposures that we face in our day to day life towards death, we tend to fear death. Experts in the field call it “thantophobiais”, fear of death, and tend to explain the main cause for fearing death is that the unpredictable period of death and the inability to know what will happen after death. Those emotions uncertainty create an sense threat in our well being and are categorized as fear. Though there are numerous reasons for fearing death according to the individual’s lifestyle and background, many associate fear to their achievements in life and the cultural value of a specific individual.

For some acquiring a well developed career can enable them to accept death, while others accept death after a desired educational level and in many of the Eritrean society death is acceptable once the person is settled and has kids. Even if a person dies at a young age the first question that is asked is that “does he have any offspring”. At that crucial moment if the person doesn’t have any kids, the grief is more acute. The worst nightmare for the majority of us is dying without achieving the set objectives in life.

Despite the aforementioned reasons sometimes we see people fearing death extremely for no particular reason. A friend once told me that his 90-year-old grandmother fears death very much that she goes to church every day so as to pray not to die. And though his grandmother knows that sooner or later she will die still she fears death. Some even seem to spend more time worrying and fussing about death when they know that they won’t be able to avoid death despite their countless efforts. Some of the methods recommended by professionals to avoid such kinds of fear is not to deny the natural course of life, to help others through their grief, to think positively about death, and above all to celebrate life.

There is a guy that I seem to come across every once a while, and some times having tea with him is a complete torture. Choosing a place that suits him will take half of the time that you are planning to spend with him and once the place is settled, the seat will be the next step of the torture. He will never sit around electric circuits nor around coffee machines and he explains this as avoiding death. He even justifies his reasons as sitting around those places is like confronting the avoidable things  and then comes the supervision on the tea cup, the waitress outfit including her nails and her style and of course the food.

He simply doesn’t want to die and has no particular reason for prolonging his life in the world. If anyone is walking beside him crossing a road, it will take him hours and if you cross before him, he would say, “I don’t know about you but I have a lot to do in this world.”

Why all this trouble when we know that death will come to everyone of us despite our desire to stay in this world. All we can do is to go on about our duties and responsibilities while we have the time and accept death as a natural course of life and go on with life because we might never know what will happen to us the next day, hour or minute.