The Terrifying Walk To The Aisle 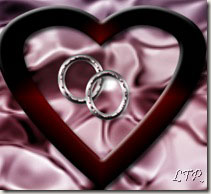 Men and women tend to have different ideas regarding many issues in life and when it comes to the issue of marriage, they seem to end up at opposite ends. While women are ready to have responsibilities and commit to a relationship, men seem to shy away from commitment.  And when ever I try to raise this issue on different occasions, it seems like I am having the same conversation over and over winding up with “men are afraid of commitment.” To add to my bewilderment, men seem to agree with the reason. Some even attribute this fear of commitment as to why many men remain bachelors their entire lives.

While I was trying to find a better reason for this issue, I came on a couple of articles by various writers and they mention some of the reasons why men are afraid of commitment. In one of the articles written by Ruchi, men tend to fear commitment because they think that they are strong and don’t need to relay on anyone. In an illustration to this he stated additional reasons that make men fear commitment. There are four reasons that make men fear commitment. Fear of being hurt, Fear of finding the right partner, where most of the time men seem to look for a perfect match and end up forgetting that women are human beings and can’t be perfect. Fear of trust and fear of sacrifice were also the other reasons that disable men to commit because many think marriage or long term relationship as giving up their freedom, friends, late night outs and etc.

For others having a woman is a challenge and once he has a partner and commitment is in the picture, he begins to think as he is going to lose his masculinity. As a result he thinks he is trapped and has to choose one over the other; either commitment or his masculinity in which case he would usually end up choosing the latter.

Others fear commitment due to their lifestyle, for example a person who knows his mother as the only female that he can trust and love will view his father as a competitor. This will lead to visualizing that either he has feelings for the wrong girl or the girl he wants belong to someone else, like the case with his mother where she belongs to his father. And others will be affected by the type of relationship they have with their mother, in adulthood this kind of person will be looking for a match that will replace his mother in other words he will be looking for a mother rather than partner. The lack of the perfect match will lead the individual to fear commitment as some kind of phobia.

Some times it looks as if women are also at fault in this case because some women tend to obsess about commitment and matrimony. And once a man recognizes this, he will think that he is being used instead of being loved; as a result he will leave the relationship. My advice goes to women; it is not men who full-fill a woman’s neither life nor will a ring in a finger secures your life. It is her life and achievements that should make her feel secure.

Nowadays it seems that not only men but also women fear commitment. Many wouldn’t repeat the scenario of the run-away bride but many have cold feet once the issue of the commitment is raised. In a recent research done for the book “Kiss and Run”, 22 million women in America choose to stay single in the age around 22 to 45. The worse part is that many women do not know that they are terrified of the very thing they want- commitment and stability. I hope this recent finding will be a relief to the men who think that all women are after commitment once they are in relationship.

Though in the past women had social pressures to settle down and have kids, the present reality is quite the contrary. Women have equal opportunity as men to pursue careers, travel around the world, adopt kids, and the list goes on. This allows women to be less demanding in the issue of commitment. And women of the world should realize that the road towards matrimony doesn’t happen in a calculated way, it will happen depending on the success of the relationship they have. After all commitment is a process that takes time. It usually happens in small steps and is the natural progression of the heart.

The Eritrean People’s Support Of The Armed Struggle For Independence