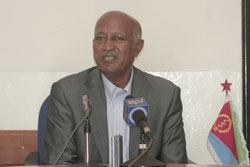 “Shoot for the moon. Even if you miss you will still land among the stars.” This axiom highlights that the more you work hard, the better your opportunities of success become. You would achieve a 100% success or come very close to it. Just take the initiative with concerted efforts the very step that leads to journey of success.  These aforementioned points though applicant to all day-to-day activities but with better equivalence strongly correspond with students’ academic achievements.

The Zagre Award is thus introduced to encourage the students who have showed academic excellence in the National High School Leaving Exams and also to motivate them to achieve even much better in the rest of their academic pursuit.
Each academic year the number of Zagre awardees has been sharply rising showing a remarkable growth in the nation’s education sector. For instance achievements in the last three academic years alone attest to the ever growing academic excellence. In the last two years- in 2007/2008 and 2008/2009 academic year at Warsay Yekealo secondary school in Sawa, a total of 196 students who scored full marks in the matriculation exam were awarded laptop computers from the hands of President Isasias Afewerki. This year’s achievement, however, exceeds the commulative number of students who scored full marks in the last two consecutive years. In the 2009/2010 academic year 253 students, out of whom 63 are females have scored full mark of 4 grade point average.
The growing number of female students’ participation in higher educational amply shows that they have also become equally competitive in the pursuit of academic excellence. The Minister of Education, Mr. Semere Russom said that prior to 2007 competitiveness of female students’ was very limited and that they were awarded even if they scored 3.8. This time however, they are diligently engaged in the sprit of competitiveness and are earning due prize scoring full marks.
Preparations have been completed to award the students who excelled in the 2009/2010 academic year. Accordingly, 1,044 students who scored 3 point and above are expected to receive their prizes in the awarding ceremony that would be held on September 14, 2010.

The Zagre award was planed to include all students who scored good results in the secondary matriculation exam. Endeavors towards the development of the education sector have never been limited. It has been growing in terms of scope and magnitude. Even though the award was given to the students who scored full marks it has recently become inclusive of every student who scored 3 and above.
The achievements so far registered and the very promising result of the youth is indeed the result of competitiveness. Students throughout the country now fully understand the importance of creating their future through relentless efforts. Once the domain of academic excellence was confined to some areas that had access to different educational institutions and facilities; the sphere of competitiveness is now stretched throughout the country. Some areas that have been lagging behind have now emerged to be competitive. For instance, according to Mr. Semere, Northern Red Sea and Southern Red Sea regions have been showing improvement.
The introduction of Zagre award has in fact become a source of motivation to aspiring youths. By nature youths are very competitive and such awards have high impact in instigating an air of competitiveness among the youth. Hence, Mr. Semere said that Zagre is a driving force to the youth’s brighter future.
The influence of the Zagre award in creating awareness of educational importance among the students, and parents has been undoubtedly growing each single year. It is very amazing to hear that students who have completed their secondary school with outstanding results still remain dissatisfied with their marks for they had planned for a much greater achievement. These students have certainly realized that: “A good education is like a savings account. The more you put into it, the richer you are.”
All the encouraging achievements so far accomplished have been realized with a very limited educational facilities. It is not hard to imagine once the shortcomings are eliminated ever-more grater achievements would be registered. With this regard Mr. Semere said that  once some deficits in teachers provision in terms of quality and number, as well as shortcomings of libraries, laboratories and other educational facilities are solved the students’ would definitely mount into a higher level of performance.
The Zagre award has been all about competitiveness and achievements and different factors that would give an added momentum. In line with this, the Minister of Education also said that concerted efforts have been extended to upgrade teachers’ qualification and so far a number of elementary teachers have upgraded their education to diploma level through the Open Distance Learning (ODL). Like wise their pedagogical know-how has been enhanced through varied courses.
The Zagre award has been playing pivotal role in educational development. As such awards would cultivate a sense of competitiveness even at the higher levels, Mr. Semere said that good experiences have been drawn from Zagre and studies have been underway to award prizes to impressive educational achievement of students at varied levels.
The government is giving priority to the development of education and particularly higher educational excellence. Thus, in this year’s Zagre award ceremony parents and students would delightedly witness the fruits of their due endeavors. Participation of the awardees and their parents from the entire country in the awarding ceremony has been well-organized and plans have been arranged to receive them on September 13.