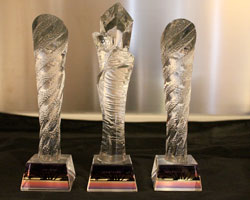 At the official closing ceremony, the judges disclosed that the Eritrean Pavilion won such a prize for its organization and presentation, impressive multi-cultural composition, and for accommodating the highest number of visitors in the African Pavilion, among others.

Meanwhile, the Joint African Pavilion was awarded for being “the best pavilion” in its size, multi-cultural composition and the number of visitors flocking to the pavilion.

Reports indicated that 73 million people visited the Shanghai World Expo 2010 within 184 days, out of which the African Pavilion alone was visited by 21 million people.

The Shanghai World Expo 2010 that remained open for 6 months under the theme: “Better City, Better Life” was officially closed on November 3.

The next World Expo 2015 is scheduled to take place in the Italian city of Milan.