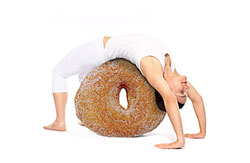 It is an often-quoted that a country that out-educates inevitably out-vies others in the course of time. This is suggestive of the very idea that there is no developmental activity where education doesn’t make a difference when it matters. In other words, education is a tried and tested means for multi-faceted development; it cannot be a panacea to all social maladies though. As a driving force, it also leads and ensures the individual to a better life beyond being a gateway to national development. Noting the above stated value and mission and considering that education is not a special privilege but a fundamental human right, the National Macro Policy (1994) has unequivocally stipulated that the provision of basic education to all citizens is free and obligatory.
The National Education Policy also revolves around this important framework which is broadly based on and responsive to the objective needs of the country. Congruently enough, international instruments like Education for All (EFA), Millennium Development Goals (MDG) and others have also been complementarily designed to promote and expand education as a universal prime mover for nation building. Education for All, a well-turned phrase, is a universal call which most States Party have pledged and endorsed to raise global literacy rate by raising national rate over a reasonable period of time. Accordingly, objectives and strategies have been clarified and charted out for action. This universal program calls for the general implementation of plans and pledges adaptable to country-specific commitments like reaching the unreachable, accessing the inaccessible and other moral obligations that have to be accomplished.

Eritrea, as a latecomer to the international community, has been engaged in such onerous duty since the long dragged struggle for independence. Its internal-driven lofty objective coincided with the international commitment and was invigorated in the wake of independence. Since then, thousands of citizens have benefited from national literacy program conducted now and then. Such national effort has borne fruit and made milestones in the lives of myriads of citizens who have opened their eyes and thereby liberated themselves from the shackles of illiteracy. Over and above, other non-formal parts, like evening classes, distance education, short courses, not to mention the dramatic strides made in formal education, have witnessed remarkable progress over the years. For sometime in the recent past, evening classes and literacy programs have not progressed equally across the board. They have slackened off a bit due to many and varied reasons. In some regions evening classes were in a state of half-sleep and half-wakefulness. In other words, the situation and development of evening classes and literacy programs varied from region to region. It is true to point out here that some regions like Zoba Maekel might have set the pace quite ahead of time.

Turning to the good news now, the Ministry of Education has put it into schedule to reawaken and revitalize evening classes shortly. This is a commendable measure that calls for more preliminary preparations as well as managerial and organizational skills. To this effect, a one-day seminar, which focused on the practical implementation of evening classes and continuing education, was conducted at the Ministry of Education on the 19th of November 2010.The Seminar was officially addressed by His Excellency Mr. Semere Russom, the Minister of Education of the State of Eritrea. In his speech, the Minister underscored the fact that non-formal education, as an integral part of the national education system, has to be catered to citizens through all possible means.

Eritrea, said the Minister, has registered much progress over the last couple of decades in comparison with what other countries have made over tens of decades. The Minister went on to emphatically put the importance of the provision of evening classes and continuing education in relation to our national commitment and the international pledge that we are a part of. With all the supportive environment and opportunities we have from the Government, said the Minister, adequate preliminary preparations need to be made in order to re-awake and revitalize evening classes and continuing education as well as other similar provisions. The move, remarked the Minister, has to be made and we have to heighten all our efforts in collaboration with all the stakeholders by pooling our resources in a coordinated and practical way in order to successfully cater education to our counterparts. Our common objectives, concluded the Minister, have to be realized with uniform directives, of course, with some flexibility of variation, depending on the objective situation or context each specific region has.

To make the program more focal and effective, the one-day seminar was attended by respective Heads of the six Regional Education Bureau Offices and other concerned practitioners like heads of regional basic education; coordinators of adult education; heads of secondary education; representative of the Eritrean Teachers’ Association (ETA); Head of Education Section in the Ministry of Defense; Head of Education Section of Prison and Rehabilitation Centre and other concerned officials and experts of the Ministry of Education.

The Seminar was coordinated and chaired by the Department of Adult and Continuing Education of the MOE. To recap, the Ministry is now more on the move to reawaken and revitalize evening classes and literacy program, in collaboration with Regional Education Branch Offices and stakeholders. This is a good opportunity for counterparts who have been waiting for such an opportunity with open mouth. Therefore, the sounding of the gong to set evening classes into action is now around the corner!