Addressing The Issue Of Environment 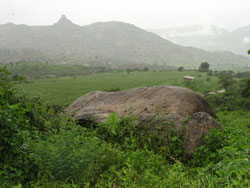 “Climate change is the first issue that is truly global, you can’t get away from it — the atmosphere is one big pool. Everybody is at risk.”  said Hagan, a scientist specializing on global warming. Indeed breaking news like flooding, the melting of the poles, the rising of the sea level and the consequent sinking of coastal areas, ozone depletion, no more come as a surprise. They have come to constitute expected events and also common agenda in the media.

The threat posed by global warming has never been so vivid and eminent. It is repeatedly said that global warming may be the first challenge in history that human societies across the globe should act upon together, on a shared responsibility. Indeed global warming is a phenomenon that clearly show individuality of nations has become increasingly irrelevant. Nowadays, we are living in a world where interdependence is not a choice anymore. The actions individual nations take affects the world in general. This automatically makes the problem and challenges of nations interdependent. And this in turn necessitates the need for a coordinated and even global effort and political will for effective solution of those problems and challenges.

Since the industrial revolution, the development of nations and hence their capacity to exploit resources, coupled with the increase for demand of consumer goods as a result of population explosion have posed a serious threat to the world environment by causing unsustainable exploitation of resources and pollution. However, even though this can apply to every country, the amount and magnitude each country has been contributing to the problem differs. Developed countries have been responsible too much for these problems. But on the other hand, mismanagement of resources in developing countries is also causing a good deal of damage to the environment although it is a recent phenomenon. Therefore, it would only be fair for the developed nations to shoulder much of the responsibility and take a leading initiative in addressing the pressing issue of environment. However, every country should do whatever it can in order to save the planet. And there should be the political will to back the conviction that all countries should reach out to the world environment soon if we are going to survive at all. As part of the international community, Eritrea too has got its share of this global problem.

Centuries of war and environmental destruction, and the fact that it is situated in a region where desertification is looming, has made Eritrea conscious of the significance of environmental threats. Hence, it has shown a commendable will to tackle these threats, even in the most trying times it is facing. Various works have been made towards this end. Different ministries like the Ministries of Education, Agriculture, Mining and Energy are working in collaboration with each other to address the issue.

One of the important programs we have in this respect is the reforestation and the soil and water conservation programs which are carried out by students as summer work and the society as a whole. The outcomes of these programs have been very encouraging as its successes can be witnessed in places like Serejeka where the summer work plantation program has made the area green. One can also witness the increase in diversity and number of wild life in Gash Barka zone and the green belt of Filfil Solomuna.

It is scientifically stated that forests store between 12 and 20 percent of the carbon dioxide released into the atmosphere of the Northeast each year.  “If you ask an engineer to design a machine that was solar powered, took carbon dioxide from the air and stored it in a solid form, it would be a tree,” said John Hagan, director of the forest conservation program at the Manomet Center for Conservation Sciences in Topsham. Beside this such endeavor would be the only way to combat the threat of desertification in our region. The task of this afforestation, reforestation and soil conservation in Eritrea is basically the youth’s. Be it as part of  summer work or communal activities, the youth is at the center. And whether as a source or active energy or a partner in the effort this is one best way of tackling the issue of global warming which should be emulated everywhere. Beside this the level of awareness it is bound to create on our youth about the whole issue is an invaluable asset toward the fight.

This is because lack of awareness is one of the major problems hindering the progress in the fight to save the environment. An aware and environmentally friendly youth therefore is a recipe in this respect. Besides these the Ministry of Energy has also been working on efficient management of energy, especially in rural areas where wood is the major source of energy. The traditional oven has been upgraded in to a much efficient and energy saving oven called Adhanet. Banning toxic and harmful objects like plastic bags and old cars can also be mentioned as efforts being taken to reduce pollution in the country.

Eritrea can hardly be mentioned as one of the major polluter countries in the world. But its commitment toward the cause is really an example that should be followed. For if every country shows the same will and commitment to the cause, there will be a lot we could accomplish. These commitments should be coordinated to guarantee the safety of our environment and hence the safety and existence of our future generation.