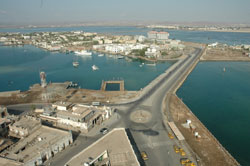 The history of Eritrea and its people in its entirety is filled with many miraculous and brave feats. Although some of these feats are continually remembered and talked about, most have yet to be written about.

When we commemorate any national holiday every year, it is only natural to observe and comment on changes that are registered with each passing year. For at present,  the development endeavors around the country are registering big changes every day, let alone every year.

One of the most defining moments of the Eritrean history is the successful execution of the one of a kind Operation Fenkil. It is at the end of this Operation that it become clear to all that Eritrean independence is inevitable. Though the Operation demonstrated the determination and military prowess of the EPLF, military maneuvers or even independence were not the ultimate objectives of the movement. Achieving independence was only the first goal in reaching the long-term vision of building a civilized nation where justice and equality abound.

In keeping with its long-term objectives the EPLF had embarked on the nation building process shortly after independence. And Massawa is one of the many places in the country that reflect both the bitter battles for

freedom and the present stage of economic progress. It tells the story of the city ruthlessly destructed by colonials as well as that of city, which has miraculously risen from its own ashes like a phoenix.

The Hirgigo Power Plant, now providing energy for the most part of the country, building complexes in different parts of the city, modern airport, competent port, fisheries sector, and the infrastructural work for the development of free trade zone include some of the some of the large-scale development projects implemented in the port city thus far.

The projects mentioned above and the extensive provision of all the necessary social services including efficient potable water and electricity supply have radically raised the people’s living standard.

The efforts to rebuild and revive Massawa over the past 21 years can thus be seen as a reflection of the determination and resilience that liberated it. Just as President Isaias indicated on one occasion: “Though the pace of our development journey was momentarily derailed by the TPLF aggression, we have been able to achieve tangible progress through our determination and hard work.”

The Eritrean people had culminated the arduous chapter of their struggle for freedom with resounding victories such as the Operation Fenkil. Similarly, in this present stage of national development, Eritreans are struggling to achieve economic emancipation that gives meaning and reflects the previous chapters of struggle. Though the sacrifices and commitment required to achieve this ultimate vision will not be easy, history has proven that the Eritrean people are not the kind to shy away from challenges and sacrifices.

Just as it had been a symbol of Eritrean independence 21 years ago, Massawa is now the symbol of the nation-building process. Hence it is not difficult to imagine what the Eritrean people could achieve using the progress achieved so far as a spring board for further development. Massawa has thus this year proven that it will host the 22nd anniversary of the Operation Fenkil more completed development projects that will certainly take visitors by surprise.

Fenkil Anniversary In The Eyes Of Young Eritreans