The Importance of Manners in a Society 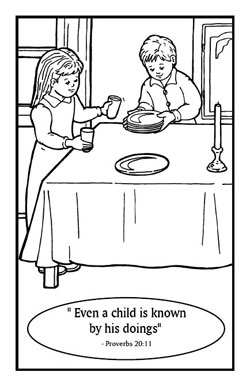 Have you ever encountered someone who talks so loud that you could hear him/her from another room, or a person who talks with his mouth full, kids that break everything in sight and disturb any one with in radius of 100 meters, or a neighbor who plays the music so loud that your walls shake? Whether we are adapted to such behavior or we become so easy on manners, we tend to do nothing during such situations. The world is being overtaken by rudeness and we seem to choose not to comment or complement.

Some times, you even hear things that should not be raised in front of every one, issues that should only be discussed within the four walls of your room. The worst is that the people talking about such issues do not seem to be concerned about themselves or others.  They may have their own explanation for such kind of behavior but it makes you wonder about what happened to basic sense of manners.

A person standing next to you in a bus station will spit every now and then in front of you or even worse to the side where you are standing. A person will come to your shop with a lit cigarette in his hand or you enter an office, and meet secretary or the person in charge stuck to the phone. While you are trying to be polite and wait until he/she finishes, you will learn that the person is making plans for the weekends with friends or gossiping about other friends. Despite the fact that we seem to ignore such behaviors and get on with our businesses: the person does the same thing to the next customer who visits the place. When confronted by such bad mannered people, we may think that it is not our business to tell them how to conduct their affairs, but do we not have the obligation as the member of that particular society that has norms and manners? Besides, if we not criticize such people then who will?

We seem to value personal freedom above the collective good or the need to live in harmony together. We should not be turned into a community that only cares about the freedoms of the individual – especially when these freedoms are used to disrespect others. Manners are ways of showing kindness and consideration. It is not how we eat or speak; it is about sharing, cooperation and respect to others.  Politeness is not something that our grandparents used to do to avoid the consequences of being “out of line”.

Despite the fact that rudeness is becoming common, majority of us seem to have some kind of immune system to such behavior and move on. Few weeks ago, I was with a friend in a public transportation, after sometime a girl came and stood behind my friend. She was chewing her gum with her mouth open with all kinds of sounds coming out of her mouth. My friend was so tired and could not tolerate the girl. She tried to stare at her and make her understand that she was not comfortable, but the girl seemed not to notice. I was waiting for my friend’s next reaction when she said, “You may not have been able to hear the sounds you are making but trust me since they are quite annoying, and can you please chew with your mouth shut.” What happened after that was quit amazing, the girl seemed as if she was about to kill my friend. Almost every passenger was criticizing my friend for saying things that were not her business, while some supported my friend’s reaction until we stepped out of the bus before we could reach our stop.

I also remember a friend who strangled a social worker who had been on the phone for over half an hour when a bunch of people was waiting for him outside his office. There are also kids that talk back to their parents, break and touch every thing that their hands can reach. In such cases, I would say all this is because of the way the parents raised their kids. If your parents teach you what to do and how to talk to elders, you will definitely raise your kids the same way, since we want our kids to be well- mannered and responsible citizens.

On the contrary if you are one of those kids that talk back to your parents and are not scolded for things that are inappropriate , then the kids you are going to raise are going to be like you or even worse. Some may argue that scolding a child repeatedly may frighten him/her but that does not mean children need not be scolded.  The norms and manners that a child learns at an early age become not only a part of him/her but also a part of the wider world and that wider world develops a ‘norm’ in how to behave to others.  As a result, parents need to know what manners have to be taught, and which behaviors amount to kids just being kids.

Good manners are what make life easier and more pleasant. If someone opens a door for you, you will say “thanks”. If you witness a person struggling you will ask him if the person needs a hand and help him. After all, we share this planet. Thus, it is only appropriate that we shared some simple approaches to living on it that benefit as many people as possible.