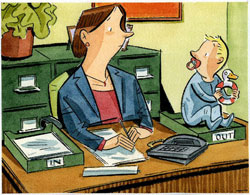 International organizations define gender equality in terms of human rights, especially women’s rights, and economic development. After the introduction of gender equality in the late 19th century, a lot has changed regarding the issue of gender discrimination.  Changes were introduced in attitudes towards equality that have effected a cultural shift, changes to social values which enabled many women to participate in politics and higher positions of various professions that used to be considered as exclusively men’s job. The number of women graduating from colleagues has also doubled from what it used to be in the previous decades. Despite these achievements women seem to be in a lot worse position than they used to be and many people, feminist or not still believe that gender equality has not yet been achieved.

Women have proven themselves that they are as capable as men but the real question comes can they effectively juggle their position in the outside world and at home. Previously the position and responsibility of women was one and final- being a good wife to a husband and a good mother to the children. At present with their achievements in various careers, women seem to have problems handling both career and family. As a result many women tend to leave their careers when a husband and children begin to appear in the picture, and if kids are involved the issue of pursuing a career is forgotten. And both the man and woman in the family are to blame for such a waste, the woman that has struggled her way to the position she achieved leaves it simply because she can’t juggle career and family. I say why not, if you came this far? But for success to be achieved in the issue, the efforts of both the men and women in such situation are needed.

If the woman can manage her time both as a wife and a professional, indeed she can juggle both.  Here are some tips that can help women balance career and family budgeting; manage the time you spend in office and in the house, make a schedule for the time you spend with your family, kids and spouses, and at work try to minimize your distractions. In taking enough time with your family and take care of your responsibility at home, doesn’t mean that all family responsibility should be piled up on the woman’s plate. Considering the efforts of the woman, both the spouse and the children need to take care not to exhaust the mother who is trying to full-fill in both professions. I know men that don’t even try to look after a baby screaming in the middle of the night, until the mother wakes up and do her mother’s miracle on him or wait for their spouse to put lunch on the table despite their arrival time at home, and all this is simply due to the prejudices we have that it is a woman’s responsibility to take care of the kids and put lunch at the table.  There is nothing wrong when the woman is capable of handling her chores but what happens when her hands are full. Women who don’t see any sign of support from their spouses in the efforts they are making to balance career and family demands,  are left with only one option but to leave their career and be a full-time mom or house wife.

There are also bosses that look for a replacement the moment they hear that one of their colleagues is getting married, they would give a number of excuses regarding their actions. They would say: “If a woman is married, she will begin to have a lot of absents to full-fill her chores at home, then comes the maternity leave and taking care of the kids which will add to the number of absents.” As a result, they choose to lose the competent employee they have instead of helping her do both. And if she didn’t quit her job then they will make her career life a living-hell for every mistake and absentia which will lead to the same result- her leaving her job.

Women may be able to over come some of the gender discrimination and catch up with handling both family and career but often the solution seems out of reach with no spouse supporting or no boss understanding the situation. Although it is the matter of believe in your self and managing your time, it also needs the cooperation of some of the parties that are part of the woman’s life.