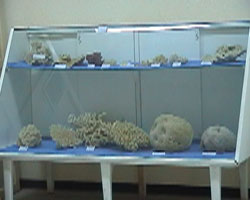 In a statement he made in connection with the forthcoming symposium of the region, he indicated that since its establishment in 2002, the museum has been striving for preserving and popularizing marine resources, bays and ports, traditions and traditional instruments,  as well as the damage of colonialism and  legacy of the armed struggle for independence. In this respect, Mr.  Yohannes outlined the discovery of relics of vital significance.

He further indicated that 45 new cultural and historical heritages have been discovered and are in the process of being documented through undertaking study and consulting elderly persons.

Mr. Yohannes explained that the existing historical relics dating back to millions of years make the region a major tourism destination and said that over 35,000 national and foreign visitors visited the museum over the past 9 years.

Currently, emphasis is being given to the task of preserving and renovating historical sites that are in bad shape, exploring new relics and collecting relics in the possession of individuals, as well as popularizing the region’s tourism potentials.

The million-year old human skull  that was unearthed in Buya in 1997, the remains of an elephant specie and other extinct animals dating back to 28-million years that were discovered in Dogoli, ancient pots unearthed around the waters of Asakir Islands, as well as relics explored in the ancient port of Adulis are some of the assets that have won  international recognition.