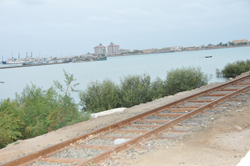 Endowed with fascinating unpolluted coastline and abundant land and marine resources, the Northern Red Sea region was the origin of civilization and a gate way for the introduction of Christianity and Islamic faiths to the country. Though this region had endured devastating destruction at the hands of colonial powers, it is now rising up to become a hub for economic progress in the nation’s development drive. The past 20 years of independence were a transitional period for the region from destruction to modernization. To evaluate the past accomplishment and shortcomings, the Northern Red Sea region conducted a symposium from 25 to 26 March with more than 500 participants.

In a speech she delivered at beginning of the meeting, the Administrator of the region Ms. Tsigereda Woldegiorgis, noted that the symposium would serve as forum for highlighting the challenges overcome and achievements registered in the past 20 years. She pointed out that the region situated in very strategic location is blessed with rich natural resources, endured colonial atrocities and witnessed the heroic feats of valiant freedom fighters.The Administrator outlined the major development programs implemented over the past 20 years towards improving the living standard of the people while giving priority to addressing the previously marginalized remote areas. Following this, the Secretary of the PFDJ Mr. Al-Amin Mohammed Seid, opened an art exhibition depicting the development programs carried out in the region including infrastructure, economic development, social services and tourism.

In a study paper he presented, Mr. Yosief Araia, the director general of finance and administration in the region, highlighted the general structure of the administration, distribution of local inhabitants, landscape, weather and economic assets of the region.  “At the beginning, the underdeveloped infrastructure facilities, limited skilled manpower, scattered nomadic patterns of life were major challenges in the rehabilitating process of the region.Now, the bottlenecks are being overcome from time to time through the undertaken endeavors to bring about all-round development,” he said.Mr. Yosief also shed light on the activities of the regional assembly and its role in enhancing public awareness on different relevant issues. He also outlined the future work programs to boost income generating ventures, introducing modern equipments, increasing provision of skill-upgrading trainings.

Moreover, Mr. Yohannes Gebreyesus, head of the regional museum, explained the efforts of the museum in preserving, documenting, familiarizing and studying relics, as well as bequeathing the heritage to the coming generation. He stated that the museum is classified into cultural, ancient, natural, colonial traces and reminiscence of armed struggle. He added that publicizing the region’s assets, disseminating accurate information to change Eritrea’s distorted image in the world and enhancing public awareness are major activities of the museum.

According to Mr. Yohannes, over 35,000 tourists out of whom 29,000 were Eritrean nationals have visited the museum in the past 9 years. Seminars were held for more than 5,000 inhabitants, students, members of EDF and others to raise awareness in preserving ancient historical artifacts. He also said that 45 historical and archeological sites have been identified through research conducted in nine sub-zones. “Many ancient relics including elephant skeleton dated back 27-28 million years back named Eritreum Melakeghebrekristosi and a Homo-erectus skull in Buya were unearthed in the post independence period,” he added. “These historical and archeological findings that trace back to over a million years are significant in revealing vital information in the study of human history.”

Mr. Yohannes also highlighted the paramount importance of the prehistorically sites, historical sites, colonial and armed struggle traces, as well as religious sites found in the region pictorially. He further outlined the future programs comprised of identifying and studying sites, collecting artifacts from people, and expanding the regional museum.In the afternoon hours of the first day, a study paper was presented by Mr. Tekie Tewolde, the director general of Economic Development department in the region, focusing on agriculture, marine resources, tourism as well as trade and industry. He said that the department is working to promote economic progress through equal distribution of natural resources so as to ensure social justice. As regards to agriculture, he said that there exist over 129,000 hectares of fertile land out of  which 92,621 hectare are put under cultivation in 8 sub-zones while the rest are recognized as potential agricultural land. Therefore, the region has capacity to satisfy local demand and producing fruits and vegetables for export purpose. However, strenuous efforts are need to conserve the unevenly distributed rainwater.  “Various micro-dams, water catchment schemes, terraces, and other agricultural infrastructure have been put in place, in addition to soil and water conservation activities,” he added.

Mr. Tekie further explained that 17,552 farmers out of whom 47.7% are women have received various trainings on agriculture.  He also discussed about the reforestation and wildlife preservation campaigns as well as the role of the introduction of smokeless ovens in preventing cutting of trees. Concerning marine resources, the Director General pointed out the sea is endowed with 220 coral reefs and over 1,000 fish species and other unexploited natural resources. He said that maximizing the production of the available agricultural land, utilizing natural resources, expanding trade facilities are some of the major 5-year strategic work programs of the department.On the next day of the symposium, the director of infrastructure Department, Mr. Musie Misgina, gave extensive briefings concerning the major projects implemented in construction of infrastructure facilities, communication, transportation, mining and energy, as well as land, water and environment. He said that the department drafted around 2, 600 projects for residential complexes, social services, business enterprises and entertainment centers. “In general, about 3,320 Km long roads at a cost of 2 million Nakfa including seven strategic roads, five bridges, residential houses, health institutions worth Nfa. 94 million, educational institutions and toilets were constructed and renovated,” he said.

Meanwhile, Mr. Musie said that land was allotted for residential and business venture purposes. He explained that various water infrastructure activities were carried out at a cost of Nfa. 216 million to realize the Millennium Development Goals to provide access to water supply to 80% of the population by the year 2015. He said that so far 60% of the population have access to potable supply of water, which is relieving the beneficiaries from unnecessary wastage of energy and time. Furthermore, the Eritrean government has signed 13 environment conventions aimed at maintaining sound ecology. “The construction of the Hirgigo Power Plant at a cost of 150 million USD by the Government in collaboration with partners was one of the major successful projects implemented after independence,” Mr. Mussie said. In this respect, distribution of electricity supply across the country is growing rapidly, besides the expansion of transport and communication facilities in the region, he added. Mr. Musie also highlighted the mineral resources embedded in various areas of the region such as copper, gold, limestone, gypsum, granite, marble and the need to properly exploit it.

In a report presented by Mr. Tesfai Tekle, director general of social service in the region, it was disclosed that the region was largely deprived from access to education and health opportunities before independence. Thanks to the Government’s policy of equitable expansion of social services, Mr. Tesfai said that a number of health and educational institutions continue to be constructed and provide services. In the health sector, mother and child mortality rates have dropped significantly, besides the decline of malaria epidemic. Campaigns are also carried out to raise public awareness on the advantage of modern medication, prevention of communicable diseases and combating traditional harmful practices which is bearing fruitful outcome. In the education domain, there are 120 elementary, 45 junior and 11 secondary schools as well as 163 adult education centers in the region. According to the report, 63% from the general public has eradicated illiteracy and female participation in schools is on the rise. Mr. Tesfai also talked about the activities of the Ministry of Labor and Human Welfare in rehabilitating and extending support to needy individuals.

Finally, the director of the office of the Administration, Mr. Mahteme Askelawi, presented a paper on the development of information system in the region and the standard it has reached currently. He said that center of information was renovated and equipped with modern equipments in 2005 and is at present striving to document all the activities of the region.