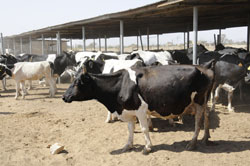 Twenty years for nation building, especially amidst external ill intended hostilities, conspiracies and open aggression, is very challenging and hard task. All the hostilities and open aggression were emanated from extreme jealousy and disgraced that Eritrea didn’t go to the way of their wishful thinking that it cannot carry on as a nation by itself, let alone be able to build a promising nation with hard working people living in harmony and peace. Hence, they resorted to scare the people with white propaganda campaign and after realizing that what they were doing was doomed to failure they engaged to open aggression through their subservient regime. But all their white propaganda smear campaign and open aggression was foiled by the gallant and ever more vigilant Eritrean people.

Eritrea stood firmly as a nation and striving to build a nation that is economically strong and where there is equal opportunity for all its citizens in terms provision of services and resources. With all the challenges that Eritrea was facing during those twenty years remarkable developmental achievements have been scored both economically and socially. The achievements Eritrea went through could be emphasized numerically throughout the nation but since I am talking about Zoba Gash Barka with regards the tour conducted to the region initiated by the Ministry of Tourism I will concentrate to what I and the tour participants witnessed the multifaceted developmental activities in the region.

Zoba Gash Barka being the largest region with rich natural and human made resources has also the prospect of being the center of industry in terms of agro-industry and agricultural related products. The BANATOM, the milk and milk products, and animal feed factory established at Alebu and its surroundings are commendable examples for the area to become one of potential industrial areas.The BANATOM factory is established to produce tomato paste and banana juice. The factory is engaged producing tomato paste four months in a year during the harvest of tomato. The other months are dedicated for producing banana juice. During our visit to the factory on the 4th of March, 2011, it was producing tomato paste.

The factory in order to work in its full capacity needs fi ve thousands of quintals of tomato and three thousands of quintals of banana per day.The animal feed factory also produces variety of products by mixing different cereals including maize, wheat, sesame, sorghum, etc. Currently the factory sales its products mainly to the animal husbandry, Animal Breeding Corporation of Eritrea, located nearby the factory and to the local people living in and surrounding Alebu. The animal husbandry, Animal Breeding Corporation, currently possesses animals of different varieties. Each type of animal has the capacity to produce up to 40 liters of milk per day. Currently the Corporation is providing 300 liters of milk to the market every day. The future plan of the corporation is to expand the corporation to a higher level and be able to provide milk to the nearby milk factory that has the capacity of processing milk products from three to five thousands of liters of milk every day.

The Aqua Fresh factory and the electric power station at Alebu with the BANATOM, milk processing plant and the Animal Breeding Corporation have opened the employment opportunities to hundreds of Eritreans especially to people in the areas of Alebu. Alebu and its surrounding in the near future with flourishing different establishments and the increase of work force has the prospect of becoming an attraction for businesses thereby become one of the attractive cities in the country. Equally with its growing will have the attention of tourists both local and international.