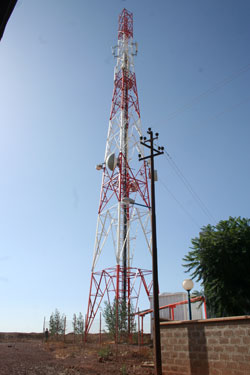 He pointed out that in the early days of independence, only 13,000 telephone lines used to provide service in limited towns. In the post-independence period, however, the  number increased to 55,000 thanks to the introduction of modern equipments at substantial investment.

Outlining difficulties which nationals used to encounter due to lack of access to telephone service, Mr. Tesfaslasie explained that old equipments have been fully replaced with new ones in Keren, Massawa, Mendefera, Dekemhare, Adi-Keih, Barentu, Tessenei, Assab and Ginda respectively so as to tackle the problem.

He further explained that a mobile network facility is available that could provide service to about 400,000 customers with a view to expanding mobile service across the nation. A modern server that could provide mobile phone service to 1 million customers has also been installed so as to meet the growing demand. In this connection, Mr. Tesfaslasie stated that there are over 198,000 customers of mobile phone service at present.

Also in line with the investment made in fixed phone service, he noted that effective tasks have been accomplished in upgrading the existing service and installing new telephone lines in the towns of Ginda, Dubarwa, Hagaz, Nacfa and Afabet. Still more endeavors are also being exerted to expand phone service, and that 21 Km-long fiber line has been distributed along the periphery of Asmara city, he elaborated.

As regards internet service, Mr. Tesfaslasie said that the connection was very slow in the beginning, but following the introduction of modern equipments, it was upgraded to 39,000 kilobytes. Concerted action is also being taken to upgrade the connection double-fold so as to satisfy growing demand in the wake of the opening of colleges, as well as expansion of schools and increase in the number of researchers and customers.

Fruits And Vegetables Farmers In Tessenei Sub-Zone To Boost Production