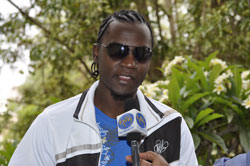 Mr. Mohammed Mohammedali Al-Gasim who arrived from Khartoum to participate in the celebrations stated that he witnessed similar colorful celebration programs in the course of his visit to Tessenei, Keren, Asmara, Massawa and Ginda. In this respect, he explained that Independence Day celebrations in Eritrea is quite unique and impressive.

Mr. Husam Abderahman, another Sudanese visitor, expressed deep impression with the prevailing peace and security in Eritrea, coupled with the hospitality of the people. He said that he came to participate in the Independence Day celebrations in the midst of the Eritrean people for the second time. Mr. Husam further stated that this year’s celebration is quite special.

Still another visitor, Ms. Sheza Mohammed Abdelkadir said that she was highly impressed with the enthusiasm and nationalism of the Eritrean people, in addition to the colorful celebrations.