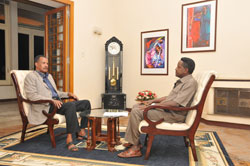 There are explanations as to why the reality on the ground has changed. Firms like GM, Ford and Chrysler are no longer based solely in the US. They have production plants dispersed everywhere on the planet. Similarly, French, German and other European automobile industries have been outsourced to other regions of the world. In contrast, China and India have raised their industrial capacities. So has Brazil. Even Russia has found its feet again after stumbling for a while. The progress in these countries has been multi-faceted ranging from industrial growth to advancement in the field of information technology.  And it continues to move forward at an exponential rate. If the massive populations of China and India at 1.4 billion and 1 billion respectively were fully employed and well educated, they would not be second-rate in relation to the US economy, which is supported by a relatively few 300 million people. In the past, the US economy may have prevailed; however, times are changing. Industrial and technological power has been shifting its base towards other regions in the world. The advocates of the unipolar world were too preoccupied with manipulating the financial markets and creating nominal wealth and as a result they failed to notice the change that was gradually taking place.

In time they slowly began to realize threat posed by China. India’s appearance of the stage has also been quite obvious. Contrary to the hopes that the unipolar system would last for at least 50 years the emergence of the financial crisis exposed the stark realities on the ground. As a result, we see all the adventurous military blunders in large parts of the world today. What have these military campaigns availed? Despite the false pretexts, the cover ups and the duplicitous campaigning, the failure and futility of the military expeditions has stood out nonetheless.

In the past, the favorite point for discussion was the “proliferation of weapons of mass destruction”. However, that concern has been buried by new overreaching agendas blinded by avarice. The New World Order has raised the banner of terrorism high above all others. There may be other issues such as “democracy” and “human rights” but these are superseded by the preoccupation with terrorism. It is well known that these are empty slogans that they employ to arrive at their objective. In fact, they are the creators of terrorism. Terrorism had been a tool during the Cold War years. It was they who trained, armed and financed Al Qaeda. But now as the saying goes it is the case of the magician putting a spell on himself.  Even now, we must not have any impression that the will and desire to fight terrorism is genuine. To the contrary, they are only manipulating the issue to suit their needs. Thus, we have seen how economic, political, social and security mistakes committed in the last 20 years are beginning to play a role in the upheavals rocking the world today.

If we try to forecast the events in the coming 5 years we have to look at the trajectories of important parameters like agriculture and technology. And in light of these parameters, we have to assess the performance of the productive economies and ask whether they would be negatively affected by global trends. They would not. Can the West maintain its lead over other nations? No, it cannot. That being said, the continuous counterproductive acts that are perpetrated under the umbrella of so-called international organizations such as the UN, Security Council and others can only serve to provoke further antagonism towards the existing global system. The continuity of this trend will only lead the rest of the world to find other alternatives to the faulty system that has so far prevailed. Indeed, the current paradigms that have been used by the special interest groups to categorize the world into developed, developing and undeveloped countries are no longer applicable. The real picture may be difficult to depict due to the hypnotic effect of the media and the false information that it disseminates. The media only provides two-dimensional snapshots of the reality on the ground. To get a better perspective, we would need a three-dimensional perspective.

These days, if you ask what the causes of the financial crisis are, you could not get an answer even from people who won the Nobel Prize in economics. All those who were postulating on the global economy, the free market, privatization, industrial and technological developments could provide no explanations for the advent of the financial crisis. Amazingly, they would never accept that their theories and dogmas had failed; rather they dismissed any new alternatives or remedies branding them “socialist” or “communist”. Faced with the impending failure of their plans to dominate the world for another 50 years, the western powers have now embarked on a campaign of deception to distort the prevailing reality. One cannot expect the US to remain the most powerful country in the world 20 or 30 years. Will China overtake the US as the sole superpower in the world?  Or will it be India? Where will Brazil be in 20 years time? How will other Asian countries look like? Will Europe unite as a single power and take the helm? Or will Russia awaken from its slumber? How will international relations look like in the near future? Will the uni-polar system be replaced by a multi-polar system? These are questions that provide food for thought. But one thing is certain, the situation will be much different that what it currently is.

Hence, our reading of events in the regional or domestic context must be based on a firm understanding of larger events in the world that affect and influence us. We should not be deceived by their incessant disinformation campaigns. They are only biding their time. Any claims or stories about the revival of the economy are only a throwback of the panic-management strategies that were employed to calm the public with false information, rosy pictures, and non-existent figures showing progress.  The intense media campaigns being waged are merely attempts at posturing. We should look beyond the mirage to understand the real situation. What I am saying now is  no different from what I speculated five years ago. At the end of the day, destabilization of the harmonious co-existence among peoples and societies will only necessitate change of the status quo. Of course, it may be difficult to accurately predict the future, but the general trend is clear ahead.

Excellency, you had mentioned that the end of the Cold War in 1990 was the preface to our current era. How do you appraise the current global situation in contrast with the dogmas about “the end of history and the beginning of a new American Century” that have been relatively accepted due to continuous western campaigns?

– The philosophies that were generated during the Cold War and after it were designed to further their interests. At the same time the rest of the world was injected with heavy doses of these philosophies. However, the effect did not last for long. Perhaps the consciousness of the public was a long time in coming but it came nonetheless. All their literature and their disseminations had one common denominator – greed. They tried to argue that greed was normal and that it was necessary to steal in order to get ahead in the world. There was obscure talk about “Clash of Civilizations”, but which civilizations were they talking about and is it necessary to try and shape world events by contriving conflicts. There was much talk about the irrelevance of the state in the new era and the disintegration of nation-states. However, these philosophies were only a manifestation of their wishes and aspirations. The problem arises when undeveloped and developing countries conform to the philosophies they preach under the assumption that they are fashionable or timely. And thus they repeat word for word the teachings of western schools of thought. They seem helpless in light of the extensive propagation of these philosophies through various technological and cultural means such as films, video games, and others. The techniques are so subtle that people adapt to these western dogmas inadvertently or unconsciously.

In the last 20 years, they have labored to imprint their philosophy on individuals, political forces, organization, and governments. People may have fallen once or twice for these externally driven dogmas, but this cannot be expected to recur indefinitely. In time the awareness and consciousness of people has increased greatly. This has been especially so because of their increasingly devious and duplicitous ways. They have no standards at all. All their actions are marked by their double standards. Of course, their philosophies can be traced to before the end of the Cold War. But at least, in those days, they were much more wary in pursuing their agendas of domination due to the presence of counter-forces. However, in the last 20 years they have run amok. If we look back at the writings that came out in the last 20 years we see that the authors have a clear contempt for the intelligence of the public. Nonetheless, the books continued to be sold. Soaring sales meant the proliferation of their philosophies and dogmas; thus, they have been toiling to make the world read their books. But they have been naïve to expect that everybody will accept and adapt their views. Indeed, greed is blinding.

Now that there is more awareness and caution around the world, we cannot say that western philosophies carry much currency. Even they do not propound and advocate their philosophies.

With time, events tend to fade and what I have been saying with regards to our region and the Middle East may be forgotten. However, we must always have a perspective that not only looks at the future but also at the past. Our perspective must be three-dimensional. We may recall that there was much talk about the “New Middle East” as they sought to invade Iraq which ended being a debacle. However, all the post 9-11 philosophies have now been rendered defunct. They have lost credibility with the passage of time. Instrumental in the debunking of their dogmas has been the cumulative awareness of the people. The consciousness of people is much greater today than it was 5 years ago. If people were asked to give opinions on any global issue in the absence of any form of pressure, their consciousness would be more obvious. Nobody quotes Friedman, Huntington or Fukuyama anymore. Nobody is buying the preaching of those philosophers. There are now more credible commentators and thinkers who have the ability to analyze and decipher global issues and developments.

It is only a matter of time now. We cannot anticipate change to come in a matter of seconds, minutes, days or months. Change comes eventually at its own pace. You cannot say that there will be no First World in 5 years time and the era of US domination will be over. You must have an objective outlook on the gradual process of change.