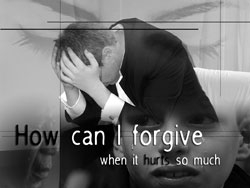 The feelings of resentment, anger and bitterness, one feels after a friend’s betrayal, a spouse cheating, or people that you reached out many times turn a deaf ear to your cries of plea in needy times is incomparable. In such situation dwelling on the grudge and resentment you feel lead you to further thoughts of vengeance and ruin your relations whatsoever with that particular person.

Despite the fact, to the hurt individual’s feelings what psychologists and other experts of the human behavior suggest is the contrary. According to those experts, the best way to deal with feelings of grudge and resentment is to forgive and let go.  Forgiving might be difficult and unfair, but it is the act that lessen the grip of vengeance and resentments on the offended.  We might be reluctant to let go and associate forgiveness with denial, but letting go is not letting go the responsibility of the person or act for hurting you rather it is letting go the feelings you have as an outcome of the hurt you feel. In addition letting feelings of anger and bitterness take root inside you may lead to anxiety, depression, lose the purpose in life and the list of disadvantages for keeping grudges goes on. There are also other physical difficulty that comes with having grudges and resentment- higher blood pressure and alike.

As a result the first step in letting go is on how to reach the level of forgiveness: the first thing that every one has to do is move away oneself from being the victim and the control the offending person or situation has in ones life. You should also stop defining your life on how you are hurt. Once you begun to review yourself as someone that can overcome an offending person or situation then you become more understanding and compassionate and will be ready to let go any feelings of resentment or anger.

Despite the goodness that comes with forgiveness, forgiveness is a challenge especially when the offender do not admit the wrong deeds or realize them, and 99% of the world population do not know on how to apologize and worst on how to accept apology, as a result Paschal Baute, Psychologist, suggest several steps  necessary for forgiving: Accept that the situation is not a happy one for you, and that if there is to be any change, you alone must make it first, remember that we all are an imperfect human being, realize that forgiveness is for your sake, that holding on to resentments is more hurtful to you than anyone else and examine whether the good points of the other person outweigh their faults even though you feel you were treated badly.

In the other end there are many that argue that forgiving is the same as forgetting, excusing and forgiving makes you weak, but forgiving by any means is not forgetting because you are not denying that you are hurt rather you are nor dwelling on the resentment you felt, and it is not definitely excusing because you are neither excusing nor pretending that the situation or the act didn’t happen. Forgiving doesn’t make you weak because you are the one that is standing up  to face  the hurt done to you while at the same time you are ready to let go the resentments and anger you feel. There are also others that do believe in forgiveness but do not move an inch towards it until some initiatives are taken by the offender, in such situation we have to remember that forgiving is for our good and that since we are only able to control our own behavior, we should do what is best for us.

Despite the numerous arguments and explanations regarding the issue of forgiveness, Robert Enright defines forgiveness as “giving up the resentment to which you are entitled, and offering to the persons who hurt you friendlier attitudes to which they are not entitled”: meaning that you are the one with the upper hand in addition to protecting yourself from past emotions that hinder you from moving forward. If forgiveness has those advantages to the hurt individual why not do it and be done with it.