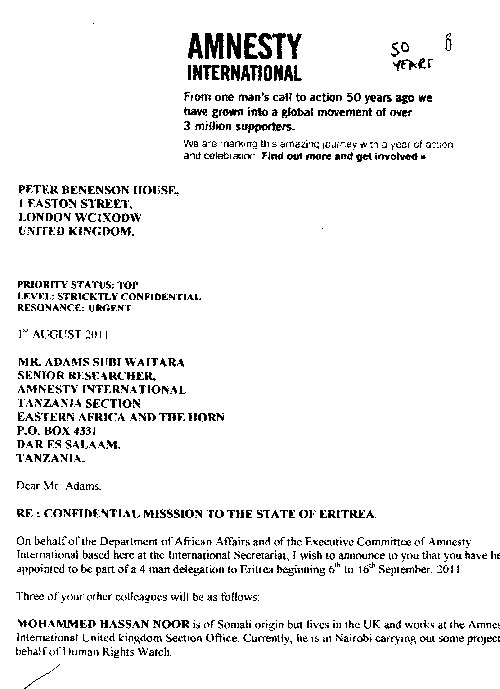 It was in the year 1990. At the time in which the US was preparing to invade Iraq. During that time, the so-called “Human right advocates” Amnesty International and the likes were looking for excuses to justify US invasion of Iraq that had invaded Kuwait. The news disseminated at that time which caught the attention of many was the eye-witness account of a Kuwaiti girl, by the name Nayirah who was 15 years old. Her name was not disclosed by media outlets for the safety of her family who were still living in Kuwait. Nayirah was explaining with feelings of disdain and weeping her eye-witness accounts in the hospital where she worked as a nurse watching Iraqi soldiers entering the hospital and throwing to the floor 312 prematurely born infants they came across in incubators and ransacking the incubators.

It was in the year 1990. At the time in which the US was preparing to invade Iraq. During that time, the so-called “Human right advocates” Amnesty International and the likes were looking for excuses to justify US invasion of Iraq that had invaded Kuwait. The news disseminated at that time which caught the attention of many was the eye-witness account of a Kuwaiti girl, by the name Nayirah who was 15 years old. Her name was not disclosed by media outlets for the safety of her family who were still living in Kuwait. Nayirah was explaining with feelings of disdain and weeping her eye-witness accounts in the hospital where she worked as a nurse watching Iraqi soldiers entering the hospital and throwing to the floor 312 prematurely born infants they came across in incubators and ransacking the incubators.

Nayirah gave her eye-witness account three months before the US invaded Iraq. The story she narrated was repeatedly highlighted in media outlets during those three months in a bid to attract the attention of the general public. People around the world were shocked by the cruel act and even President Bush commented about it during his encounter with reporters. The case was also raised at the UN Security Council. “Amnesty International” and its likes bit the drum in joy for they got the opportunity of dehumanizing Saddam. This incident and other cruel stories had played due role in justifying the US invasion of Iraq.

As revealed later Nayirah whose real name that her name was not disclosed apparently for her own safety was the daughter of the Kuwaiti Ambassador to the USA AND  living in that country at the time. Let alone having an eye-witness account of the atrocity, she was a spoiled lady that has never been near the hospital in Kuwait. The report she read at the Security Council was a drama gimmick masterminded by “Amnesty International” itself. After Saddam’s army was driven out from Kuwait by the invading US forces, many rushed to the site to learn about the 312 infants that were thrown from the incubators. However, they could not find any clue. It was immediately disclosed that the story was after all a fabricated one. Till this day, the story is termed as “Nayirah’s fairy tale.” Nayirah concealed herself from the media; “Amnesty International” and its likes were not willing even to apologize for the unfortunate episode. They did not even demonstrate sign of shyness. Others do on their behalf.

Nayirah’s fairy tale is one of the many deceiving act of drama orchestrated by such organizations like “Amnesty International” designed to serve Washington’s political, security and military objectives of the US. Dr. Francis Boyle, one former Board Member of “Amnesty International”, disclosed that at the time the Security Council was voting in favor of the invasion of Iraq, and as they confessed later, was based on the false report by “Amnesty International”.

Contrary to claims by the so-called “Amnesty International” pretending to stand for human freedom, many who monitor the activities of the organization fully confirm its evil acts.“Amnesty”, as indeed other client organizations similar to it, though claiming to be “non-governmental … non-political … non-partisan entities” are nonetheless engaged in clandestine activities. The charter “Amnesty” claims to subscribe to as well as its mission are in essence full of saintly and flattering phrases. And no one is there to verify its false claim of being an “independent organization”. It is a documented fact that the organization receives funding from the National Endowment for Democracy (NED), a branch of the State Department, for engaging in acts of destabilization against other countries, as well as from the CIA, MI6 and other political organizations.

“Amnesty” in its documents claims it operates “free from all governmental political ideology, economic interest, and religious affiliation”.  It further claims, “We don’t support any government … We also don’t stand in opposition … We honor and defend even regimes whose political stance we don’t agree with”.   The funny part of it all is that although this is organization is engaged in acts of destabilizing of countries it bears the name “Amnesty”, meaning forgiveness, and has the candle as its emblem.

“Amnesty International” was created by MI6 and MI5 as an agent of the US spy system during the Cold War to work as an organ of spy network.  It is a wicked organization established 50 years ago in the name of human rights whereas in reality its mission is that of carrying out acts of sabotage and inflicting conflict among society. “Amnesty” played central role in the assassination of Kwame Nkrumah, who stood firm against US economic interest, as well as Lumumba. It is an organization that had committed grave crimes in collaboration with the US Central Intelligence Agency the assassination attempt against President Lumumba through poison.

“Amnesty International” is an organization that strived to incite popular people’s unrest in Ghana, Myanmar, and China, etc. in addition to being responsible for sponsoring charges against the President of Sudan on the part of the Sudan by the so-called “International Criminal Court”, thus serving the interest of the west, and inciting turmoil in Kenya from its main office in Nairobi.

“Amnesty International” was the main actor in the coup-de-etat in Nicaragua, in Venezuela in 2002, the main broker during the Reagan administration’s Iran-Contra agreement and the major player in blocking the investigation of the atrocities committed by Israel and the Apartheid regime of South Africa.  At the times, the United Nations was initiating the dispatch of a fact finding team to investigate the Israeli massacre of 20,000 people in Sabra-Shatila and Jenin, Lebabnon, “Amnesty International” reported that ‘not a single life was lost’, thus sabotaging the initiative. The organization stood in defense of the Israeli leaders who were supposed to face charges for war crimes being committed.

The confession made by Dr. Francis Boyle, Board Member of “Amnesty International”, on 13 June, 2002 is clear evidence to the atrocities committed and ploys devised by the organization.  According to Dr. Boyle’s confession the main objective of “Amnesty International” is to facilitate money laundering and execute orders from the governments of the US and the UK, and especially from THE CIA. Francis Boyle says “The stance our organization took in defending the now defunct Apartheid regime in South Africa and Israel emanates from the directives it received from the US Central Intelligence Agency.”

On the 18th of September (the choice of the date has its own essence), “Amnesty International” issued lengthy and boring statement aimed at defaming Eritrea. “Amnesty” in its report accused Eritrea of “preventing the establishment of non-governmental organizations, human rights groups, and civil society starting from 1993.”

After all the experiences accumulated over the years, because the people around the world have well understood what civil society means, there is no need of clarifying why Eritrea prevented the establishment of civil society. No one expects a stooge to be happy when a branch of its type is denied the right for establishment.

The main objective of this writing is to expose the act of ploys committed recently by this organization. Who are the people that “Amnesty International” tried to illegally send to Eritrea from 6th to 16th of September, 2011? What was their mission? Who is funding the mission?  For what purpose? What measures did the Government of Eritrea take?

Following are some of the obtained documents from the so-called “Amnesty International”. For obvious reasons we did not choose to release the entire documents.