Western Media: Bad For The Health Of Africans 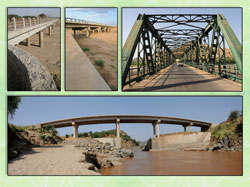 The other day I together with a certain friend of mine reserved a seat, just in front a TV screen,  for a cup of delicious cappuccino in the majestic bar of  Cinema Roma of Asmara.  In the beginning we conversed about the beauty and decency of the building of the cinema where we were in. our conversation begins with an interesting dialogue that read as: “Is it what they call ‘Art Deco’?” the friend said, looking at the walls of the cinema. “Sure, this is the pride of the then Italian Engineers,’ I replied. “But then if you look at most buildings down town the capital, you will always enjoy the Art Deco building fashions.”

Regrettably enough, our conversation of Asmara’s beauty was short-lived for some other unexpected question from the friend. Thus, while I discussed about the magnificence of the capital of the country, my friend looked at the drought report of the horn of Africa by CNN, one of the most influential news stations of the Western world, and said:  “Alas!” Africa is always cursed to be a hell. Is there no good news about the continent?”  At first I was shocked by his questions but then later, after a couple of minutes silence, I was reminded of some stories that forced me share with you about the reasons behind the western media injustice against Africa here in Eritrea Profile.

As we may all know, Africa a wealthy continent—rich in natural resources; rich in human resource, yet regarded as a poor continent made of hell. But is it real? If not, why is it portrayed like that by the media?  The reason, according to scholars and researcher, lies behind the Western media objectives.

Based on their theory, the western media ought to be objective in reporting about the continent; the journalists in the west ought to have practiced what they have always claimed: “We have press freedom whereas there is no such freedom in other parts of the world.” Unfortunately, the highly regarded Western media have been disgracefully blamed for slipping a lot from the tradition of fair and balanced reporting, most especially when it comes to reporting issues pertaining to the developing world.

The western media have all the time demonized the continent. In response to that, we must have heard a series of warnings and condemnations from several governments of the developing countries to the Western media. A few other justice-loving intellectuals have also been heard continuously barking at those media organizations. Writers and Diplomats from the developing countries have often attacking them either by words of mouth or in written forms. Certainly, we have also heard and read news headlines that read: “the Citizens of X country slammed some Western media”; “Diplomat from X country has urged western media to abide by journalism ethics in reporting about a respective country.”

The West, using the most powerful tool, their media, have been shaping people’s opinions and thinking. However, they have done more harm than good, and have given many wrong perceptions of Africa and its people. It has discouraged business and tourism in many parts of the continent. It has wrongly stigmatized Africans in the eyes of many. According to Belleh, the temptation to watch inside Africa is especially strong for those in the Diaspora, since Western media are one of the few visual links to the place they call home. “But you stand to be disappointed more times than you will be pleased.”

Western media portray Africa as a tragic and naughty continent unable to fend itself. They depict the continent with major chunk of its inhabitants dying of hunger, AIDS and war. The developing world in general is described with stories related to crime, violence, and terrorism, ethnic conflicts, fundamentalism and other forms of uncivilized backwardness. Particularly, western media news information about Africa is a dump of negative material related to disease, savagery, plague, war, famine, despotism, primitivism, poverty, and everywhere images of children flies on their food and faces, their stomachs inflated, grand-propaganda campaign aimed at suppressing, black-listing and condemning promising African governments, peoples and tribes.

Obviously, any media has every right to report Africa’s problems to the world. But if the reports are focused mainly on the negative, it is not fair; it is simply a disaster. And what the western media report about the developing world in general and Africa in particular tends to be disgustingly unbalanced and ever focused on the negatives. They say very little about the continent’s upsides. Primary, western media most of the times, forget Africa’s basic facts. Africa, a continent with about 56 countries, and approximately 700 million peoples speaking more than 1000 main languages, and historians sometimes refer it as the Mother Continent for many reasons, enjoys an unimaginable rich and diverse culture–polyethnic, polyreligious, multipolitical.

Having these facts, however, it is said that a vast portion of the population in the United States considers Africa to be a single country or language. This is as a consequence of western media portrayal of Africa; otherwise, it would be elementary to say that Africa is neither a country nor a language. This indicates that Western wire services have effectively maintained their monopoly and superiority in providing news about Africa and the rest of the world to their Western audiences. Western media never mention Africa’s incalculable natural wealth, which is hardly available to its indigenous populations, and her ecosystem, are dying out by the voracious Western consumption. Nor is it addressed when it flows unnoticed by consumers in the West of Europe, Japan, and North America.

Regrettably, Western media present almost no view about the successful and promising African countries. They give no attention to the notable progress, and achievements of typical countries. They never show African countries who are tirelessly fighting to guarantee their food security ¬ to food themselves. Nor do they address issues about developing countries whose people and government believe in the principle of self-reliance because such determined principles and policies are not for the interest of the West.

There are several good news that are intentionally disregarded or go unreported. There are countries in African enjoying committed governments working for the common good of their people. Many other African countries have been achieving steady economic growth and improvements in their national reconstruction processes.

Moreover, Africa has a number of countries with a quite and peaceful security; most attractive for tourists who want to visit the wanders of Africa. And the reasons maybe that stable working African countries are of no real appeal to the Western media. Rarely do they report national progress achieved by some hopeful governments. Moreover they never positively address a courageous leader who is committed for the development and prosperity of his/her people and country. On the other hand they shamelessly try to build the image of pro-western, servant governments and heads of states that would work, at the cost of their people and country, for the interest of the West. The good things are not reported.

A corrupt and short-sighted African government which sells itself to the western interests; a puppet leader who exposes his/her people to all kinds of exploitation, and dependency on the west is certainly welcomed by the west and enjoys a bulk of positive adjectives on the Western airwaves. Cameras of the Western media probably can not capture such fraudulent leaders. But then, they are keen in filming their victim Africans receiving food aides from the West.

Western Media are powerful to film and air the conflicts in Africa, but then they appear to have forgotten that most of the wars and social unrests in Africa are engineered and instigated by them. We have seen footages of illegal Africans, many losing their precious lives in the deep seas of the Mediterranean. Those immigrants could have enjoyed to the maximum from their continent, the mineral rich Africa, if the West were to keep their hands away.

But then what is the reason behind all these Western media injustice in Africa. Can Africa confront these biased and unfair media reportage? Western Media has been disfiguring the correct image of Africa for the continent possesses  mineral resources, natural resources, strategic metals, and are significant factors in the wealth of the western countries, and for this to happen the continent’s human resource, in their eyes, has to get disturbed. African people must live with crippled legs, distressed minds, and unsettled atmosphere so that the West gets pleasure from the continent loaded with natural resource. Committed Africans and the developing countries in general, however, shall not stop from the struggle of recovering the continent’s correct image. A small group of committed political leaders can always bring change.

Investors Point of View about Eritrea and Its Advancing Mining Industry