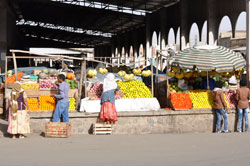 Positive thinking as opposed to negative thinking is a state of mind that always tries to analyze things critically in order to find the real answer. With negative thinking it is the contrary to that of the positive and people with that state of mind never try to see things in their real terms but negatively, “that could not happen, that is not the case.” People filled their mind with negative thinking would not change their brains even loaded with evidences to prove them they are wrong or persuade them to change their minds. Once every thing negative inculcated in their minds they would like to see things that way. And they are biased and in a kind of fixation.

The other type of negative thinkers are people who are persuaded once by people, who they think they are superior to them or have knowledge of the situation or still with special interest to each other, they don’t try to verify the reality but they just go on believing. What ever truth holds on the other side, because they are set to believe, they would never come forward to verify. It is a kind of ‘hate hate’ situation. They love to hate what ever good you do and never try to see it positively.

Readers might understand what I am talking about. The negative thinking and the ‘hate, hate’ situation is becoming every day phenomenon in this world of ours. Country X is once perceived negatively, not through finding tangible evidences but through a third party’s lies, country Y never comes to verify but go on thinking negatively even if miracle is happening over there. And sometimes, those negative thinkers see things by application. Say a situation is getting place in one region, they take it as if every one in the region is in a similar situation. How come, not every one is the same? Could we full heartedly conclude that, the west is rich and every one living in the west is affluent? This would be objecting the current situation in the west we are observing happening. The “Occupy” demonstrations are testimonies to the imbalances of life in the west. People are fade-up with the corrupt system, that we used to hear people have equal access to services, there is absolute democracy, the system of governance is perfect and that should be model to everyone. That was all sham. People are going to the streets in hundreds of thousands to claim their right of decent life.

Could you imagine a mother telling her child to eat while the child says “I am satisfied”? The mother would say, “No, eat you are hungry, I can see it from your stomach.” What would the mother say if her son asks her, how do you know I am hungry? This is a very simple example compared to what we are becoming fade up of hearing some elements taking themselves as ‘Good Samaritans’ unable to sleep while people of the world are getting hungry. One ponders, are these people serious not to get a minuet of sleep thinking about the poor and hungry. What a joke!

Before three month or so, the powerful media outlets were talking non stop about the draught and famine in Somalia. Later they reported a substantial amount of the aid flown to Somalia is missing and later they said part of the missing aid is on sale in some parts of the country. To day, there is no news of the draught and famine in that part of the world. What happened? Are the Somali people relieved of hunger and famine just like that? Or was it a public relations outcry with hidden motives behind. Other wise the so much token famine would not disappear over night. The hot news has shifted to other places.

One might also ask, was the much advertized draught and famine situation in Somalia, and for that matter in the Horn of Africa, a mind set negative thinking? Or was it meant for facilitating a hidden agenda for some to get excuses to promote their interest. Who knows!

This season of the year in Eritrea is harvest season. People are tirelessly toiling day and night to collect their harvest. This year as that of the last year crops through out the country are in good condition and a good harvest is expected. More over people in many parts of the country are engaged in cultivating fruits and vegetable from dams through irrigation. The market places are evident for the abundance vegetables and fruits. This is the story often talked about in Eritrea. There is no single evidence or prevalence of famine. This being the reality on the ground in Eritrea, some negative thinkers would like it otherwise. That is why we say ‘there needs to be a bit of positive thinking by some quarters, who are obsessed to think negatively, to find and verify the truth.’