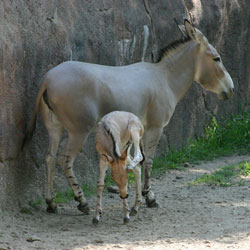 Forestry and wild life are inseparable issues, as regards natural resources. Looking back in the history of Eritrea, around 30% of the country’s land used to be covered with vegetations but in time with the continues colonization and drought the country experienced, the land covering with vegetation has reduced a great deal, and a number of the wild animals are extinct. Hunting practices has also played vital role in destroying the forests in the country. With the damaged vegetation of the country, the number of wild animals extinct: at present vigorous efforts are underway in preserving forestation in general and wild life in particular in the country. Plants and animals being vital as regards natural resources, especially plants that are important for both animals and human being, in addition to their role in preserving environment, food, medicine, they are useful to building and other industrial materials, as well as being home to a number of wild animals and human beings. Vegetations and forestry also make due contribution in enhancing the tourism aspect of a country.

Majority of wild animals found in the country are similar of those present in a number of African countries like Giraffe, Wild ass, elephants among others, and those animals are returning to the country after independence.

In a research conducted after independence elephants and very few kinds of animals are returning to habitat in the country.  To mention the efforts made in wild life and forests conservation in the country, land classification methods is being practiced almost in all parts of the country, in addition to preserving ranch and grazing land.

Regarding forestation activities despite the prevailing global climate change and desertification, activities of forestation has been underway as part of ensuring food security program in all parts of the country.

The forestry in the Northern Red Sea is one of the parks implemented under those projects and is playing significant role in preserving forestry and wild life. The wild life in the islands of Burie is also another example. Wangebo, a place located in this island that used to be a grazing land is now transforming into farming land which will also play its due role in the conservation of wild life and forestry.

At a pace the wild life and forest conservation activities are being implemented, it wouldn’t be long before the country will have the forests and wild life that used to be present in the country.