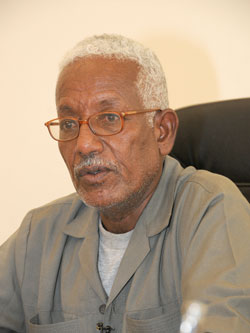 Speaking at the observance of Diabetics Day in Assab town at national level, Mr. Ali pointed out that diabetic’s prevention is not solely the role of patients but also that of all nationals. He further emphasized the need for continuous awareness raising campaign.

Mr. Asefaw Gebremichael, head of the Health Ministry’s branch office in the region, said on his part that the Ministry has been giving due attention to the cause of diabetics, in addition to establishing a unit that engages in addressing  such health care issues.

Diabetics Day is commemorated on November 14 both at the national and international level.

Mendefera sub-zone: Efforts being made to raise production of fruits and vegetables