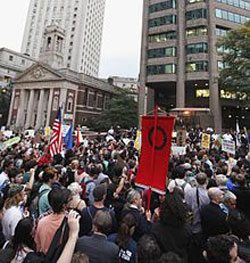 The nature of the major international media out lets does not allow them to cover news as they happen. They should analyze in such a way they please the special interest groups that control the wheel of the administration. In such a situation no one should expect to have the genuine and unbiased information on the events taking place around the world.

People who expect information from such big media corporates about economic achievement in Africa, for that matter even in what they call developing world, are fooling themselves. Africa should be portrait with famine, hunger, death, war, and every thing evil. If they do report on development achievement, ALAS! Their NGOs would be out of work. By the way don’t get me wrong the NGOs are themselves.

According to Noam Chomsky, all of the American media and most of the print media as well, are owned primarily by wealthy individuals. Moreover, the media empires are, first and foremost, profit making corporations that conduct themselves like other corporations when it come to corrupting American politics. Chomsky arguing regarding the freedom of reporting and the biased nature of the media corporates says “ … Some have objected that the media often attack corporations. It’s true, certainly, that this or that individual corporation may be subjected to media criticism, sometimes even harsh criticism—but it strikes us as significant that the sort of stringent and fundamental reforms needed to bring about real change are virtually never mentioned, let alone advocated. For example, how often are severe penalties for white collar crime advocated? How often is the revocation of corporate charters mentioned?  And public financing of elections, arguably the single most urgently needed reform in America today, has made less headway than it should despite overwhelming public support, in part because the mass media profit enormously from paid political advertisements.”

Donna Allen a media critic and activist wrote “I had come to the conclusion that even when using all forms of communication that we could devise, and despite great numbers, we still could not match the number of people that the relatively few mass media owners could reach their information and opinions.” Why, she continues, “It was more than clear to me out of my experience that their vastly superior ability to reach the majority of the public 24 hours a day gave them the power to disseminate name-calling and successfully persuade the public not to listen to our information, opinions and facts. Their news stories gave little or no space to the message our activities were trying to convey but a great deal of space for attacks on us . . . Mechanics of demonstrations, numbers of people, police actions, were reported but not our message. These media were not ‘our free press’; they did not speak for us or report our news. Our press conferences were usually ignored, and when they weren’t the coverage was often derogatory.”

This is the fact in the contemporary reality regarding wrong versus right. In this case it is these media outlets that want us to accept as wrong to what they feed us as wrong and right to what they take right. Those who think to the contrary are, for them, minority views, less important and even a lie.

Talking about their mishandling on world affairs, their illegal interference in internal affairs of countries, and criticizing their overall wrong policies that is putting our world into mess is minority views and not important. And sometimes punishable episode. The question will com “Who the hell is he to criticize us!” They don’t care to contemplate for a minute to analyze the importance or the truth that comes from others. It is a kind of us and only us.

As to some analysts such a behavior is looming for some quarters the last century of their power monopoly. Because, no one could live for ever disseminating lies and suppressing others to accept their lies. As the Tigrigna proverb says “lie loses weight through time”

Diaries of a Saudi tourist (Part I)