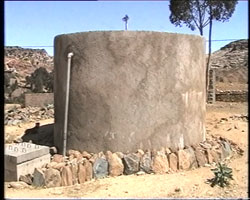 The Bush administration in its eight years in power has ruined our economy and the American credibility around the world by declaring unwarranted war. Obama promising “CHANGE” was elected as president and had not made any significant changes neither to help the economic recovery nor to regain America’s good name and its world leadership. Americas economic and political might have come to be questioned. Our leaders have succumbed to “special interest” groups and gone to war for highly questionable reasons.

All of the news that are broadcasted by the primordial news media this days has nothing good to say but remind us how bad our economy has become and that our lifestyle has changed for the worst. The “classless” recession has touched every social stratum. The poverty rate has increased and 46 million Americans are now poor. The recession has created the most job losses in the history of modern America. Those who did not lose their job have had pay cuts, every American household have been affected by depressed home values, shrunk stock portfolios, much decreased retirement saving and bank withdrawal that has eroded families saving nest. Young Americans and college graduates have had hard time locating meaning full employment, those with no skill or did not complete high school mostly minorities 50% are unemployed. Professionals who were not impinged on in previous recessions have now become victims. The unemployment rate has stayed above 9% for over two years. Every social class has been affected by job looses, small and big businesses have gone bankrupt. The recession, though ruthless to everyone, was most disruptive and dishearten to those who previously were the most privileged. One of the legacies of the recession is that insecurity and uncertainty has affected the white color highly paid professionals and has stranglehold on the American psyche.

While regular Americans are in economic hardship Wall Street has become one of the wealthiest industry in the history of the American economy and the most powerful political force in the world. Investment bankers and their allies assumed top positions in the White House and the Treasury Department. “What is good for Wall Street is good for America”. Wall Street gained the wealth and prestige necessary to enter the halls of power and sway the opinions of the political establishment in their favor. Free from the threat of regulation they created finical instruments such as; high yield debt, securitization, arbitrage trading and derivatives that made them wealthy.

According to Bureau of Economic Analysis the four major investment banks in the USA were responsible for 47% of the GDP. The failure to regulate the Finical Innovations of Modern Finance, created the housing bubble, when the bubble burst the collapse in the value of securities based on the housing market triggered the financial crisis. The US economy contracted by 4 %, financial institution took large amount of losses bringing the US economy to freeze. The US government bailed out Wall Street with rescue package worth trillions of tax payer’s dollars. The Banks were too big to fail. Alan Greenspan the world distinguished economist on October 15, 2009 suggested that the mega banks be broken up into small parts.

In the late 19th Century there were big industries that dominated the US economy these trust companies had become powerful as the Wall Street Bankers. President Theodore Roosevelt understanding the danger to the economy used the antitrust laws to break them up. However, Wall Street has the political influence and the powers to be under its captivity. To day Wall Street is bigger, more profitable and these profits are transformed into political power through campaign contribution. The “special interest” groups in Washington put pressure on the political system to get what they want. These over 100,000 “special interest” groups’ lobbyists have power. Presidents, congress and senators might come and go but Wall Street and their lobbyists’ remain.

Gorge W Bush preached about Iraqis having Weapons of Mass Distraction went to war and got over 4,500 Young Americans killed and millions if not trillion of tax payers money wasted for war waged for highly questionable reasons. In the Age of Obama for his part has intensified the Afghanistan war spending trillions of dollars and thousand of young American’s dear life.  President Kennedy chose to preserve peace with the Soviet Union rather than risk a war that would have destroyed both nations; in doing so he changed the course of world history. President Regan resisted using force against America’s enemies. He refused to send U.S. troops into Nicaragua, El Salvador, or Panama. President Regan did not retaliate for the 1983 bombing of the U.S. Embassy in Beirut instead he withdrew American troops from Lebanon. Regan knew that battling terrorist in a civil war wasn’t in the U.S. best interest.

America needs a corrective action both in Domestic policy and foreign relations to regain our world leadership. We need a leader who is wise, just, omniscient, dependable effective, an achiever a president who cares about getting stuff done and not rhetoric. The greatest danger posed by Iran, North Korea, China and Russia is not military it’s economic. We need to change course, spend less on military adventures and rebuild our economy. As Americans we need to go back to our puritan ethics and democratic values.