The Reasons Behind Playing Hard To Get 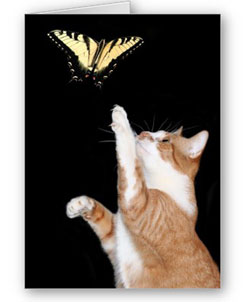 No man wants an easy girl. And anyone who tells you otherwise is just wrong.

Despite what we say or desperately want to believe, we, human beings are totally fascinated with things that demand our money, time, effort and concentration. We just aren’t that interested on things that are easily obtainable just like that with a snap of a finger. This doesn’t make us any shallower or superficial but purely human beings with the whole shebang of flaws attached to it.

The trend with our modern girls these days is taking the lead and breaking the ice themselves- I am not against it but I keep wondering where our girls got the idea that throwing themselves at men makes them more desirable and irresistible. The truth is in the contrary. Men want to pursue a woman-that is the crude truth. This might be attributed to the weird and strange ways their brain is wired or developed, but no man wants an easy girl and that’s why women play hard to get to satisfy this rather childish and hunter behavior of theirs. We think by now men have recovered from their hunter’s behaviors and instincts but in reality every man has a taint of his caveman or bushman’s ancestral behaviors within him. Every man is a hunter at heart. And as a result they still enjoy pursuing, hunting and so many other ancestral activities.

So it is safe to conclude that men enjoy pursuing women. I think the period and the effort they spent chasing a woman is paradoxically much more interesting and satisfying than the joy of actually having the woman. Actually the family pet in our house (Cheshire) taught me a great deal about this topic. I was reading this interesting book when I sensed his restlessness in the room. I looked up from my book to see a caterpillar wiggling its way through its escape as Cheshire chased it away trying to catch it. Cheshire was all alert and vigilant, ready to grasp its prey within his merciless clutches. Cheshire’s concentration was all in the center of its attention and nothing I said or any food treat I showed him could not even interest him as half as that caterpillar. I was totally ignored because I was showing him what he can have without any form of fight. So the chase continued for about half an hour (which I am guessing is half a lifetime for the caterpillar and a very long time for our cat). But later on, one stupid move on the part of the caterpillar brought the chase to an end. What made this story so funny is that neither the cat nor the poor caterpillar knew or understood the lesson they were teaching me- a curious audience who has nothing better to do than following a predator and prey show of the animal kingdom. Long story short, Cheshire seemed to completely lose his interest on his prey right away when the caterpillar gave in to the chase. After capturing the caterpillar, Cheshire didn’t even bother to cast a second glance towards where the poor injured caterpillar was laying.

You must think that I am totally losing it to bring a particular chase between two animals as an example to argue my topic through but if you give it some more thought to it , it really does make sense (some might ask what the hell I was doing in the first place watching a fight between two animal species. Get a life, girl!). But what Cheshire did was what we all do throughout our daily life. Cheshire was nothing but a true manifestation of the human nature. Although it might sound a bit exaggeration to make such a general assumption, men have a concealed deep desire to pursue women. Some might even argue that they hate women who try to play hard to get but trust me because either they are bluffing or are covering their lack of intelligence to pursue a woman. The bottom line here is that men really hate an easy girl. If a man needs a woman he want to pursue her and the time, money or efforts he depletes during the time of pursue makes the woman more beautiful in his eyes. But no man would admit this except to himself when he is trying to be honest to himself (if there is any such moment). Most men would disclaim this certain observation out in the open but deep down they know that an easy girl loses her value right away in their eyes.

The longer I live the more I am amazed at the complicated manner this world of ours works. So as usual I never thought that I would live to see this day, a day where my friend calls for an emergency meeting just because his shallow alpha male brain couldn’t accept the fact that his girlfriend (the girl of his dreams) proposed to him before he did. From the shock in his voice when he called, one would assume that he was told that he wouldn’t be able to walk again by his doctors. There was misery, hopelessness and despair in his voice. Never in my wildest imagination have I thought that a proposal could cause such a pain in one’s life. He didn’t tell us what it was all about so we all let our imagination run wild for a while till we reach him, all worst case scenarios in life passed through our mind. We all were worried about him and didn’t even exchanged peasantries but jumped to the case in hand. We all threw bunch of questions to get an answer to this emergency meeting. My friend was all hysterical.

“She proposed!” he literally shouted the words out. For a moment there we all were totally lost in translation.

“Who?” we all shouted it at the same time. He looked at us and went on telling us that day’s event and how she invited him for lunch at a restaurant, how it went well for a while and how she proposed to him when they were sharing a plate of cream caramel. He told us that his response was choking on his bite and rushing to the restroom. He told us he took his time in the restroom as he freaked out. He tried to compose himself but whatever he did it to no avail. He came back to their table where his confused girlfriend was sitting all baffled and perplexed about the whole outcome of the event. He didn’t say much, he just told her that they need to talk later but right then he needed to get going because he has some important job pending. And that’s how we, his friends ended up with an emergency call for an emergency meeting.

Okay you might not be as surprised as I am because you guys haven’t heard the whole story yet. The thing is my friend was going to propose to her on February 14th, on Valentine’s Day and he already has ordered an engagement ring for her in special design. His girlfriend happens to be the girl of his dreams who he chased for quite a long time, he wants to marry her and grow old with her and he wanted to propose to her in what we all advised him to be a romantic and most memorable style. So he really wanted to propose to her it is just that she beat him to it, (apparently he still didn’t finish his process of pursuing her and it seems as if he didn’t want her to give in yet). Just because she did it first he wanted to rethink their whole relationship and claimed to need more time and space for himself. He kept mumbling saying “if only she could be a little bit patient, I would have proposed to her and everything would be in order and according to the plan.” His girl was confused but she respected his decision and agreed to give him both time and space from her. Ladies and gentlemen, can you guess what he told us after a week of his time with himself? He wants to break up with her. According to him, he says that something inside him snapped the moment he heard the proposal from her. He says “a girl should always play hard to get. Now look what she has done, she no longer sends my heart into a gallop at a sight of her”. While he tries to justify his actions with so many explanations, I say this is a machismo hypocrisy that forces men to want to have an upper hand on about everything in life. It was really hard for me or the others how to break the news to his girlfriend because he wasn’t yet ready to face her. Even if I want to explain the situation how could I tell her in a layman’s language? What could I possibly say to straighten her confusion? – That men need to pursue a certain woman they think they love and once the role is shifted in any way, they lose interest?

By nature men like to pursue. It is in their blood. The more something is dangling away from their reach the more they would be fascinated. And when it comes to women, the more they pursue her the more the intensity of their passion for her increases, the woman seems to add beauty and appeal the more they woo her. Mind me here; I am not advising the women out there to completely refuse any invitation from their pursuers but to play the game right. Sometimes, there are women who would try to play hard and would overstep the border of playing hard to get (just because they have read articles like this one that men hate easy girls or that the culture disapproves of a woman accepting the first invitation of a man) that they would only compel the man to give up the chase and start another hunt for another woman. And some women in their attempt to prolong the period their wooer pursued them, (just because they would get to boast to their friends –“I made him chase me for a year straight!”), they would abuse their prerogative to play hard to get and guess what happens at last? She ends up being lonely or ending with the wrong man who is so persistent and would pursue her longer than the first one So what I am trying to tell you here is that go after what you want but do so wisely and dexterously.

It’s true that an object in possession seldom retains the same charm that it had in pursuit. That’s why any man is willing to climb every mountain, ford every stream, and follow every rainbow, till he finds the woman he wants and probably would not mind all the ups and downs he faces during his pursue but God forbid if this woman should show signs of interest in him beforehand (prior his pursue) or if she would give in to his wooing quickly he would lose or reduce his interest in her. And trust me I don’t have the slightest clue as to why this has to happen, no scientific or logical explanation either. I am afraid it has to do something with the way their brain has been wired. Anyway men hate an easy girl, so why not let them work for it.