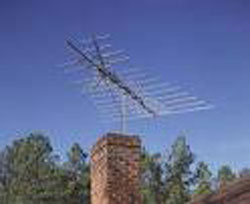 The main objective of media outlets, they say, on the cover, is meant to disseminate information neccessary for humans so that they lead a normal life. Almost all corporate media outlets from the outside they claim their objective is to inform the public the truth. Two plus two is four. At its universal objective and claimed to information must be accurate, timely and complete. By accuracy they mean information provides a reliable and valid representation of reality. And the cost of inaccurate or distorted information can be extremely high. Information must be timely so that the receiving end could benefit in decision making. For example if we look on weather forecast, if the weather condition is turbulent in some parts of the world travelers be it by road, air or sea, may adjust their time of travelling in order to avoid the danger that could come due to bad weather. And the information should also be complete and comprehensive. Without complete and comprehensive information, decisions would get a distorted view of reality and in the final analysis the decision we make would come into disarray.

The above mentioned reality of the importance of information is not always practiced on the ground. The media corporates and other media outlets are observed to be manipulated for justifying covert agendas. They have made the public to believe that they are credible sources of information and every thing they say is accepted and believed by many. They hire the top public relations experts and make their propaganda or lies believed by the public as truth and only truth.

There is story I read from the Internet on the role of public relation during the Gulf War in Iraq in 1991. The story is a public relations officer telling some soldiers. “… When victorious troops (US soldiers) rolled into Kuwait City at the end of the first war in the Persian Gulf, they were greeted by hundreds of Kuwaitis waving small American flags. The scene, flashed around the world on television screens, sent the message that US Marines were being welcomed in Kuwait as liberating heroes. Did you ever stop to wonder how the people of Kuwait City, after being held hostage for seven long months, were able to get hand-held American, and for that matter, the flags of other coalition countries? Well, you now know the answer. That was one of jobs then.” His job to make feel the Kuwaiti people that America that ‘liberated’ them is great and benevolent.

Public relations experts often work behind the scene. They take their time reading and writing selected information and indicators to foreign audience to influence their emotions. ‘What do we tell them, how and when?’ The methodology they apply is usually through hiding the true meaning and intent. What the above mentioned public relations expert did was to convince his own citizens to support a war or make it look more glorious and right, than could otherwise have been.

How do the media tacticians play in distorting or hiding the truth and serve the interest of their bosses in the political offices? There are different tactics including:
Smear tactics: This tactic is often used to discredit or destroy the reputation of individuals or countries. It involves either outright lies, or distortion of the truth.
Fake news: News are fabricated and broadcast by journalists with good reputation and by the so-called credible media outlets as factual news without revealing that the news is from an organization or the government, thus giving it the appearance of genuine news. Many media experts and analysts believe that we are living in an era where the gap between how the world is and how powerful interests try to portray is has grown dramatically wider.

One main instrument for presenting fake news is the digital camera. It is cheaper and quicker to take and distribute photographs and to manipulate them. Leaders making speeches to hundred of thousands of people may not be real; thanks to the digital cameras the audiences could be multiplied in many folds.

How many innocent lives and genuine countries have been illegally hurt with such distorted media campaigns? How Many innocent people and countries have been branded with all sorts of names with their lies? They know it! And they think they could go away with it for long exercising such kind media manipulations and distortions. I don’t think so, for every thing has its days. We have seen many empires rising and falling.

Association of Vegetables and Fruits Farmers in Debarwa sub-zone supplies 390,000 quintals of vegetables to the market