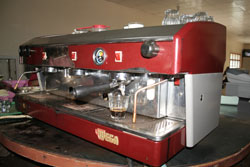 Unity and diversity are the two commonly raised words around discussions about plural societies. Alas the two words have proved to be anti-thesis of each other in quite many issues needless to mention in political and economic struggles. And nowhere else it seemed to be so true other than in third world countries where western media, politicians and journalists have done a superb job in portraying the history, politics and indeed the daily life of 3rd world and African societies in particular as marred by civil war, functionalism and maladministration. And sadly diversity (nature’s beauty as biologists would like to call it) is always blamed for bringing about those misfortunes. Where unity appeared on the horizon of discussion it is always raised as an impossible miracle or a political rhetoric. Disregarding this categorical reality, in Eritrea unity and diversity seem to be synonyms rather than a mutually exclusive possibility. Pluralism, ethno-linguistic and religious, is Eritrea’s social pinnacle. In a country where nine ethno-linguistic groups and two of the oldest and powerful monolithic religions have being living side by side in harmony, diversity seems to embody the definition biologists gave it. One would be dazzled to know that in a country with this kind of intertwined social making, there has never occurred any faith-triggered or ethnic based conflict that has left a scar in the relationship of the communities.

Apparently this is an Eritrean experience and reality. Eritrea is the making of nine ethno-linguistic communities, which predominantly follow the two mainstream religions; Christianity and Islam. As a result of centuries long cross-ethnic and religious fusion, the Eritrean society have developed a complex inter –communal kinship ties. These overlapping ethnic ties cut across apparent social and political barriers. This fact is clearly revealed in the confessional realm of the society as it is in its genealogical trees. The two main factors of identity and affiliation– religion and language– are widely shared by the communities.

society, especially among the Mensa, Saho and the Blin, Islam and Christianity are shared by a people with common language, history, culture and ethnic origin. For instance, the Mensa’ speaks the Tigre language and claim to have one ancestor but they believe in two different religions–Islam and Christianity. Likewise, the Blin have a more intertwined community where by some of them speak the Blin language and are Moslems, while some of them speak the same language but are Christians and all share a common ancestor. The same is to the Saho. The Erob–a big family within the Saho ethnic group– follows Christianity, while the rest are followers of Islam and all speak the Saho language. Religion and language are elements that are difficult to identify with one ethnic or religious community in Eritrea.

This centuries-old cross ethnic and religious interaction and the inter-ethnic and intra-ethnic migrations they had experienced, has helped the Eritrean ethno linguistic communities to develop an intricate maze of relationship that cut across their inherent differences. No wonder rituals, ceremonies, dressing and eating habits and many other values and norms overlap as do the settlement and grazing practices of the communities.

Yet the best part of these multifaceted culture lie somewhere else. Conflict is the most natural phenomenon in human relationship. How they are managed determines the difference of their outcome. That in turn depends on the institutions any society develops to handle any kind of relationship. The peculiar nature of the Eritrean society has helped it to develop very sophisticated institutions, which sustained stability, order and peace of the society throughout its history. The Eritrean society prides itself with one of Africa’s only written customary laws.
This peculiar social make up and coherence is indeed the secret that lies behind Eritrea’s resilience during its match against the odds history have put in its way to become a nation- state and sovereign political entity. Needless to argue that this cultural and social diversity will play an important role in making Eritrea’s future one promising safety, stability and success and Eritrea a better place for tourists, investors and also political alliances looking for reliable friendships.