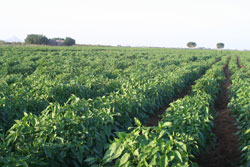 “We did not sell gold to buy food” President Isaias Afwerki; NY 2011.

The morning light had broadened, gained greater depth, and lay in a clean sheet across the field, giving it a silver tincture. Not a single car was in sight except a carvel of camels traveling parallel to a tree-wreathed riverside. Barentu is the regional capital of Gash Barka. The trip to Barentu takes you through Anseba region and into Agordat with its beautiful serene landscape. Barantu is situated in the fertile plains and is homeland of the Kunama ethnic group. From here, looking east across the rows of trained small cities, the Gash river was visible beyond the tops of the hills. It was a fine September day of the sort we saw rarely, cloudless and July warm if you stood where there were no shades, the sunshine glinting among the herds and herders in the far distance, what one needs to understand is that the Gash Barka region is not just for the sun it afforded but for the long view to the north and west fertile plains. If there is ever a region that epitomizes food security of Eritrea, it’s the Gash Barka region. A frenzied sprawl of people it’s the largest region in Eritrea. It’s also a place where you will find eight out of nine ethnic groups live together in harmony. Gash Barka is located in the South Western part of Eritrea. It borders Sudan in the west and Ethiopia in the south. It is 2300 meters above sea level.  The temperature ranges from 12 to 48 degrees centigrade. The Gash Barka region has 834 large and small cities.

At one recent colloquium conducted by the Governor of the region it was explained the various economic developments and the exploitation of natural resources such as agriculture, tourism and mining. Food security has been the priority as diverse factors converge to affect the demand for food around the world and in particular in Africa. In Eritrea, there was scarcity of mechanization, transportation and storage. Hence Agro-Macro policy were devised, irrigation based agriculture was introduced to increase out put and create surplus in cereal corps, vegetables, fruits, and livestock. Dams, micro-dams and water diversion schemes were constructed. Since 1991 in Gash Barka region 90,000 hectares of land have been cultivated through irrigation, splash irrigation, and drip irrigation. Agro-industries have been put in place. Aligider cotton farm, Gereset, the Fancos and Ad Omer agro-industry are examples of what is to come. Entrepreneurs are also involved in the agro-businesses few of such framers we visited were located in Dega sub-zone.

Mr. Muhammad Mussa and Mr. Abdul Keder are two happy farmers. Mr. Muhammad and Mr. Mussa in total are cultivating 116 hectares of land. On their land they have planted fruits, vegetables and cereal crops with high

retune on their investment. In addition to farming, these two farmers also raise cattle, sheep, goats and chickens as well. They sell egg, milk, sheep and goats to the local inhabitants. They stated that their living standard has improved tremendously and are proud in providing goods with reasonable price to their community. The number of farmers using irrigation farming has increased tremendously in Dega sub-zone alone there are 97 large individually owned modernized farms. The Gash Barka region has implemented many programs in social reorganization case in point; 17,105 families that were internally displaced due to the war of aggression have now been placed in permanent houses. 33,725 people from different regions of Eritrea have re-allocated to better their living condition. Nomads have now become settled. The regional administration has built houses, schools, clinics, water reservoirs, roads and all the needed social services to accommodate the new arrivals.

Realizing the need and education being the fundamental right that all nationals are entitled to, the government built elementary, junior and secondary schools in even the most remote areas assuring access and equity as well as quality and relevance of education. Prior to Independence there were 74 schools in Gash- Barka region to day there are 293 schools and 65 early child learning centers. There are 101,583 children attending regular school. For those who live far and used to commute long distance to attend high school has now been able to attend a boarding high school free of charge. 212 schools are being built in 19 different villages and will be ready to accept students for the calendar year 2012/2013.

Health for all is the motto in Eritrea. The goal is to provide sustainable and excellent health care that is effective, accessible and affordable to all citizens. In the last 20 years the Barka region has been able to provide good health care to its citizens by building the Barantu referral hospital with its modern facilities, 3 hospitals, 13 community hospitals 55 health centers, 17 health stations, 2 maternity wards and 26 pharmacies.

Water sanitation has been improved in order to alleviate living standard water reservoirs, embankments have been built and have reserved good amount of water and to day 95% of the urban and 78% of the rural area have clean water. Today there are 539 water reservoirs in the Gash- Barka region providing clean water to it citizens. Transportation coverage has reached most part of the region; every city has an inter-urban linkage for transport. There are many asphalted interstate and intrastate highways such as Keren- Ansaba region to Tesene -Barka region; from Tesne to Arbata Ashara Sudan.  Bus routs have increased and there are enough buses to serve over one million passengers.

In Mining; as part of the Arabian Nubian Shield known for its deposits Bisha in Gash-Barka region is rich in base metal-rich volcanogenic massive sulphide deposit mineralization consisting of gold and silver. I t started operation in February 2011, mining continues with high grade, low cost mine. Expanding its exploration into Bisha Main in Bish Northwest, in the Hanging wall zone and in Harena deposits to increase additional feed of the Bisha Mine.

In summation; the investments in human capacity building, health and social justice in general insures you with competent work forces. The favorable fertile plains of Gash Barka region for farming and grazing of animals coupled with three large rivers namely Setit, Gash and Barka rivers in-conjunction with 8 big dams, 32 reservoirs and 118 micro dams’ that support the Agro-industries with its modern industrial equipment are achieving the desired outcome. The end result of these investments is nothing but definite that the Gash Barka region will be the bread basket of Eritrea in the near future.