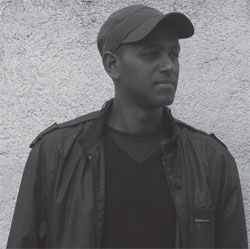 He was born in Asmara in 1978. His father fled to the Sudan in 1979 because he was member of the EPLF clandestine and the cell he was a member was exposed. In 1980 he went to Saudi Arabia and in 1985 to UK. Henok who began his education in the UK after he finished his secondary school education he joined the Milton Keynes University and he graduated in economics. In Bringhton University he got his masters degree in administration. Henok came back home and joined the 25th batch Sawa students. Hada Eritra had conducted an interview with Heok and excrpts of the interview follows.

What is the significance of the education you took in the UK?

The education I took in the UK was on how to manage the economy of a given country. My masters degree was not only from the UK I was also in Florida, USA, for my master’s study. I finished my theses paper there.

What was the title of your theses paper?

It was on trade development in the developing countries with special emphasis on Eritrea because I wanted to know more about my country.

Wasn’t it difficult to study about a country which is far away?

It was not difficult because I had the full support of the Eritrean Embassy. They gave me all the information I needed.

How do we evaluate that we say a country is developed?

How many times did you come to Eritrea? And for what purpose?

I came here around six times. The purpose of my coming was to visit my country and get training in Sawa.

How was the reception you were provided in Sawa?

I worked for 4 years in our Embassy. And as a staff member I came with a lletter of support from the embassy. I was determined to finish training in Sawa. When I went to Sawa I was very well received and I joined the unit 111122.

How was the training because you came from different environment?

People were at first very surprised for my decision to go to Sawa. They didn’t think I would cope up with the situation. They were convinced that I would get sick and unable to face the challenges that I would encounter there.

How was the food?

I immediately got used to it. I was easily accustomed with members of my unit and with the situation in Sawa.

I encountered no problem in Sawa, physically or mentally. I also participated full heartedly in every activity that took place in Sawa during my stay there.

What special things did you enjoy in Sawa?

The fact that we were equal was the one that satisfied me most. Every body is equal in Sawa. The difference is only your name.

What was the reaction of your parents when you left them to go to Sawa?

Frankly speaking they reflected disappointment as parents. The reason was that I had some health problem. I was football player in the UK. When one day I went to hospital for medical checkup I was informed that I have

heart case. Because of that I quitted playing football. And because my parents know my case they were concerned that I couldn’t cope with the training in Sawa.

What did you say to them to ease their concern?

Nothing! And when I began my training in Sawa nothing happened to me. They did know also that I had heart case. Every thing went as I planned and wished.

I saw you receiving an award from President Isaias Afwerki. What was that?

In the training there are different completions. Shooting, parade, physical training, theory, etc. Evry thing is given points. After I stood first from my unit all the way to the battalion I went to the brigade. And I represented my brigade to compete with others. In Sawa there were 13 brigades. The competition was among 13 people representing each brigade. Here I stood third.

We are now at rest. I am expecting instruction as every member of the 25th round. I am determined to finish my national service.

What the main thing you say you learned in Sawa?

I learned in Sawa perseverance and flexibility from the youths of my age.

Who are the youths?

The youths are the ones who are aware of their situation, determined to fulfill their obligation, vanguards of the society and the future of the country.

And who is Eritrean?

Eritrean means shouldering heavy responsibility. Eritrean means who doesn’t boast of what he did. One who understands that he is every thing to his country.

Thank you for your time!

Resistance resulting from violation of rights