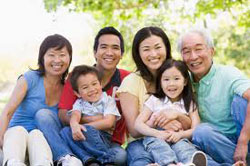 Family values are political and social beliefs that hold the nuclear family to be the essential unit of society. Familialism is the ideology that promotes the family and its values as an institution. Although the phrase is vague and has shifting meanings, it is most often associated with the beliefs and ideas we have on families. It is an ordinary miracle that we never choose our family but once we are born into one we grow to love, respect and have an ever growing affection towards the members of the nucleon. As love has many aspects the love we share with our family is a natural flow that one doesn’t need any efforts on making it work, but it is simply an expected feeling that grows deep in the lines of our souls.

In the late 20th and early 21st centuries, the term has been frequently used in political debate, to claim that the world has seen a decline in family values since the end of the Second World War. With the globalization and the continuous and dynamic change of our lives and the search of jobs and life time carriers abroad, at the present time people all over the world travel far from their families. Nowadays young people, sometimes too young, influenced by the actual atmosphere and current life style tend to leave home without having enough of the inevitable nutritious family love.

Social and religious conservatives often use the term “family values” to promote conservative ideology that supports traditional morality or religious values. Nonetheless by stating so the concept of family is greatly mistaken: a family is a simple concept of a group of people loving and caring for each other unconditionally and it always has been and always will be secondary and less important any kind of social classes or religious beliefs. Some see their religion as the source of morality and consider the nuclear family to be an essential scheme in making a political or a religious belief more profound. In fact families definitely cannot exist to motivate and equip citizens to change the culture to reflect Biblical truth and traditional values.

What exactly makes up a strong family that possesses good family values? A family that sustains its members, that supports and nourishes the members throughout the span of that family. A strong family unit creates a safe, positive and supportive place for all members to thrive. They are able to utilize resources and to live together in a fairly healthy manner.

The adults in a strong family set the tone. They are good role models that lead by example. They reach out to friends and community and teach their children the importance of doing the same and this becomes part of who the children are, and are going to be for the rest of their lives. They work together to solve problems, and they pass their skills on to the next generation.

An important concept would be “Cohesion”- In families cohesion would be defined as the feeling of being loved, of belonging to the group and being nurtured by it. Although closeness is good in a family unit, there must be a

balance between being together and being separated. A person must be able to develop their individuality, while being supported and confident within the family. A few things that bring a family together are the commitment of other family members, and the spending of time together.

Parallel to the previous notion is the importance of communication; lack of communication can rip a family apart and destroy them. Things that facilitate communication are: family closeness, flexibility, time spent together and tradition. All members must feel a freedom within the group to express themselves freely.

Another very important factor is the relationship between the parents. In a family that is parented by a happily married couple, the family atmosphere gets to be more joyful and serene, reducing the chances of one feeling out of place. A very important thing for families is for the parents to teach their children how to make good decisions. If they have watched their parents making well thought out decisions over the years, they will tend to be good decision makers themselves.

A healthy, happy family benefits our whole society. Among the children of strong families there is less crime, less divorce and less emotional problems. The children tend to go on and have strong, healthy families of their own, having learned from their folk’s example.

A happy marriage seems to set the tone in the house. It spills over from the family to the community and then the society. A healthy family will be reaching out to help others and to lend a helping hand, not only to the people that are close to them but also to who ever needs it, and this is the reason of why in Eritrea we have strong bounds among this country’s society.

Our tradition is one of the most giving and compassionate around the world.  From generation to generation it has been transmitted the values that keep the family and the individuals very loyal to one and other. Regardless what might be happening around us is for those moral values that have been explicit till now, we’ll for ever remain united among our families and our extended Eritrean family system.