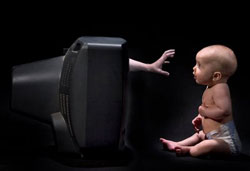 Mass media is one of the most used ways through which messages of all types are directed to common folks. The term ‘mass media’ is often confused with ‘media’ which means the storage and transmission of data. Mass media includes newspapers, magazines, blogs, pod casts, certain type of books etc. – and it is around us where ever we go and when ever we go.

We wake up in the morning, look for a newspaper or turn on our television just to know what is happening around us. We go to school, our offices, or where ever our destination for the day is and we read the advertisement boards erected on the both sides of the roads and remember exactly what was written there everyday we go through that road without any conscious effort from our side. We go back home and there is often a huge fight  over the remote control, parents always persisting to watch the news or some documentaries while the youngsters would rather go with the entertainment show. But whether is commercialization, news, animations or entertainment shows; all of the media cultures and computers are facts of life for today’s people, especially the youth.

The effect of TV, as the most recent and spectacular aspect of now days has become to be a tension of our central nervous system, and it is hard to grasp for various reasons. Since it has affected the totality of our lives, personal and social and politically. Main reason of why the youth are so vulnerable to the messages of television because  they take what they see on television to be reality. Very young children equate all of television with reality. All this is considered normal… but if we think about it this is how media affects our lives.
The most potent weapon of influencing people is the choice of language. Here are a couple of examples of how politicians use language to influence people:

Most of the people who read English newspapers or rely on English language magazines, periodicals etc. as their primary source of information are unlikely to notice that there is a world beyond the USA, or the “English” world. How about we take this simple example…  The space agency of Brazil is little known, do you know why? Maybe because it is not doing anything worth knowing? No, but if one tried to collect some information about the agency one would be surprised to notice that so-called space giants like India and China have no role to play in the construction of International Space Station but Agência Espacial Brasileira (Brazilian Space Agency) is an active participant! But since we usually tend to nourish our minds and knowledge based on what a certain media section has to offer, we at the end start believing what few powerful subjects wants the world to believe in.

Even today, we are led into believing that English is the International language that every one around the world can understand because the BBC or the CNN still talk to upper-class people when they are not in an English-speaking country which creates the impression that everybody speaks English and what we are being told is being told by the common citizens and that the information is unbiased.

Another powerful tactic in the media world is repetition and propaganda. Propaganda: means telling the general public only a part of the story but not the whole truth, and its definitely a well studied projecting of what the government, a company  or what so ever it is , wishes to project and it never does happen because the main aim of “propaganda” is to abuse the audience. Different examples could be sighted in which propaganda had a big role in gaining the people’s trust and faith.

Repetition instead, means repeatedly bombarding a person or a particular group with information about the same product so that that product becomes a part of a person’s unconscious mind. For example all of the commercials of different products, have you ever noticed that a lot of times we set our minds on acquiring certain materials believing that we couldn’t survive with out them??? With out even thinking for a split second that maybe the repetition on our televisions, newspapers, and advertisement boards made us acquire that information!

The influence is so much that sometimes, instead of believing our common sense we blindly take for granted what the mass-media tells us.  In short, mass media has both positive and negative influence on us but the negative side of it is more marked. Because if we think about it: television channels devoted to science, history can be counted on fingers but channels for entertainment seem to be endless. But I definitely sustain that the media can only influence us and not direct us what to do, so the final decision is always ours.

In conclusion, the media can be used to promote social growth and thinking skills. Television and the newer electronic media, if used wisely, have a great positive potential for learning and development. At this point though, how a designer should function in this digital era must be studied deeply. There are many ways through which a designers could achieve their goal in this rapid digital era and in this chaotic world we living in now.

I think since nowadays we have to deal with lots of media through which we have the possibility to communicate, its interactive design. So, for a better media mass coverage to be formed we need to a definite interchange between educator, writer, designer, engineer, sociologist, and physiologist. We have to expand our senses with the voice and images on the screen.

At the end of the day, this might be a lot to ask, but  am just hopping that those who are actively  involved in this extra massive mechanism could possibly follow the path of virtue, have  passion in what they do , develop themselves-esteem, and create self- appreciation which lead to more positive self-esteem. With all that in mind the mass media could have a powerful yet positive persuasion.