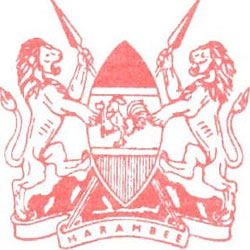 Our attention has been drawn to reporting in the print and electronic  media of a meeting between His Excellency  the President Mwai Kibaki and the Ambassador  of the State of Eritrea to Kenya, H.E. Beyene Russom, on 29th October, 2012 at Harambee House.

It was reported that His Excellency President Mwai Kibaki had informed the Ambassador of Eritrea Kenya was willing to assist Eritrea rejoin the Inter-governmental Authority on Development  (IGAD)  if the State  of Eritrea  ceased  to propagate  its  extremist  agenda within the region.

The Ministry of Foreign Affairs, which was represented at the meeting and indeed was recording the Minutes,  wishes to categorically  state that no such statement  was made at the meeting.

Instead,  His Excellency  the President  asked  the Ambassador  of the  State of Eritrea to reassure  his  President,  His  Excellency  Isaias  Afwerki  of  Kenya’s  desire  to  maintain warm, friendly and forthright  relations  with the State of Eritrea and welcomed Eritrea’s return to IGAD.

We call upon the media houses that mispresented  what was said at the meeting to retract by printing or broadcasting what actually transpired at the meeting as clarified above.