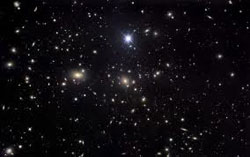 Ever since the development of modern music in Eritrea there are stars bind the renowned and famous singers. These stars include lyric writers, music composers. In the early stages we could mention Memhir Asres Tesema, Alemayoh Kahsai, Bereket Megisteab and others. These are the first generation stars in Eritrean modern music. During the armed struggle for independence Solomon Tsehaie, Solomon Dirar, the late Isayas Tsegai, and Wedi Feradai are among the renowned lyric writers and music composers.

Not all singers but there are few who are lyric writers, music composers as well as singers. They write and compose for themselves and feed other singers. We could mention such artists with all talents like Fihira, Zematch, etc. Among of such talents, the young and star on the rise is Ekuba-Kedir Negash. He is widely known as Iba, and I suspect not many people know his real name. By the way in Eritrea calling by nick-names is very common and there are many people that the public doesn’t know their real names.

Iba by his own words says that he realized his inclination to music while he was about 14 years old. Since then he loves to hear music and was very much inspired by Indian music. At a time of his young age Asmarinos were obsessed by Indian music and films. After cinema every one discusses on the music and film they watched as if they understand the language.

Ekuba-Kedir, as any Eritrean youth went to Sawa at his young age fulfill his national duty. Upon completion his military training he was assigned to combat units. And unfortunately few years after his assignment to combat

unites the TPLF waged war of aggression on Eritrea and Ekuba-Kedir, as any Eritrean youth, had to join in the fight to safeguard the country’s sovereignty. He fought heroically and was twice wounded in combat.

It was in around 2005, while a member of the Operation Command cultural troupe the he realized his first album Azamet, in collaboration with Aklilu Tesfatsion. Since then Ekuba-Kedir has produced more than 80 melodies out of which 17 for his own and the rest for other singers including Tesfa’alem Arefaine (Korchach) Robel Haile, Tesfaldet Mesfun, Seid Berhanu and many more.

Ekuba-Kedir commenting on current status of our music he says “unless there is cooperation and the spirit of working together rapid development wit quality and quantity is not expected”. By that he means Eritrean who are involved in music should come together and work for the development of our music. To rise to a better standard and make it internationally accepted and liked. Through merging many minds a better quality could be produced. Running alone doesn’t take one any where.

Okba-Kedir as young artist he is has a lot to contribute in the future.
And I wish him good luck!

Mining and Exploration Activities in Eritrea