Language: Sense Of Self 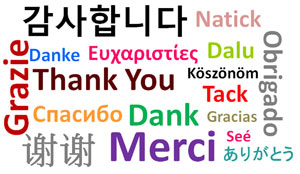 Language creates and perpetuates a sense of ethnic self. Language in itself is the system of communication, in speech and writing, that is used by people of a particular area. In Eritrea there is a strong emotional attachment with language, which is seen as the store house of ethnicity.

Among the nine ethnic groups there is specific language and each ethnic group has its own language which identifies the group. Also once cultural paraphernalia is shaped by its language. Sameness of language and ethnicity creates a bond of acceptance that provides a basis for togetherness, identity, solidarity, brotherhood and kinship.

A national language is an identity and source of pride for a nation. We could imagine how a strong sense of pride would it bring to us when a foreigner tries to speak our language with a broken accent. Language of a nation in other way is a symbol of national identity. It is not a must for a nation to have one language; a nation could have different languages. Eritrea is a good example for that. As Eritrea has nine ethnic groups, it also boasts of nine different languages. Even though Tigrigna is considered as the official language (for its wide usage) each of the other languages also has a rich historical background.

As it has been stated above, Tigrigna is the national language of Eritrea. Despite the fact that only one of the nine ethnic groups speaks Tigrigna, it is the most widely used language in the country.

In any country there is a particular place where a certain group of people live and speak a particular language. They have a name for themselves and their language, and no other people goes by that name or claims to speak that language as its mother tongue. If you seek them out then they will tell you who they are and what language they speak and if they see that you are really interested in them, they will teach you about themselves and their language, perhaps even help you learn to speak their language if you desire.

The Tigrigna speaking group initially resided in the highlands of Eritrea and while the majority still dwell there, many also scattered throughout the country due to the need for economic interactions and other social as well as political reasons. Consequently, the language is widely spoken all over the country. Even though this is the reason, all Tigrigna speakers throughout the country do not use the language in the same manner: there is a slight difference in the accent of some words and it is due to this fact that our ancestors were able to identify which specific area the speaker came from.

Nowadays to some extent such differences appear to be fading due to urbanization and urban migration but not totally tarnished as even now it is easy to identify someone who is from keren and its surrounding based on his or her accent. It has been proved that the language Tigrigna is extremely rich in its content and currently it is too difficult to know for sure how much of it is still in usage.

On a personal basis we can also confirm this by the fact that when we are chatting with older people, we often tend to ask for the meaning of many Tigrigna word. The now used Tigrigna language is highly mixed with Italian language, inculcated during the Italian colonization, and adapted in our daily lives. Due to their frequent usage, some words are even considered to be simply Tigrigna words. ‘Chaw,’ the Italian for bye, is for instance among the frequently used words. The examples are countless…

Alphabetically, the Tigrigna language has more than thirty letters, each with six different sounds. Tigrigna might be hard to learn and pronounce for foreigners, especially for English speakers since it has sounds (mostly laryngal)

that are difficult to utter. And it is due to this reasonthat it gives pleasure and fun for any Tigrigna speaker to chat with a foreigner in Tigrigna.

In Eritrea the development of roads and other modes of communication results in to active local economic interaction among the six zones and this further results in to strengthening of trade and other economic activities, in such case Tigrigna plays a vital role in integrating the people. It has been used as a tool of communicating tool between the buyers andsellers and other economic agents regardless their ethnicity.

Last but not least, let’s keep in mind that the responsibility of preservation and development of our national language falls on each and every one of us, especially the youth who are the back bone of the society. We should not let our language, as long as it determines our identity, be the victim of globalization.

“I grew up surrounded by arts”