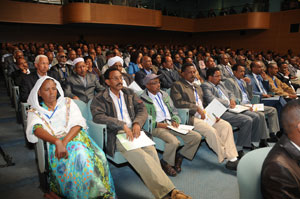 It is everybody’s wish to embellish ones home with whatever resource at hand. Any member of any given society wants to have a better life where he or she works to see a dream come true. No matter how big or small the capacities or the potentials are, everyone wants to put hands on in every developmental activity be it in the family or at societal level or else at a national level. Every member of a society just extends efforts with what he or she is capable of. If one doesn’t invest to ones benefit, ones living standards would continue to be in a very shabby condition. But, as nobody wants to be in such very inferior quality of life, he or she ceases not to invest in everything that improves one’s living standards.  The same as investing in the family unit, one also needs to invest in every economic sector of one’s country for the ultimate result of the investment affects the well-being of the smaller family unit as well as the wellbeing of a larger society. Taking this idea into account, every capable Eritrean has expressed reediness to invest in the homeland with whatever resources at hand. In accordance to the level of their potentials, a number of Eritreans are willing to make investments in large or in small-scale industrial plants and in every economic sector. To see a developed Eritrea is in fact cherished desire of every Eritrean. Thus, to that end the Government of Eritrea has been ready to make amendments in investment and financial policies so as to pave a working ground for all nationals who are more than willing to work towards the realization of a developed nation.

So far, two national investment conferences where a number of Eritreans form the abroad and form inside the country took part have been held. The eagerness on the

part of the investors as well as Government’s reediness to make amendments in the overall investment and financial policies would definitely impact the implementation of the investment projects which are expected to be effective in 2013.

The two conferences have opened a venue for discussion to see potential investment sectors. Hence, the potential investors are expected to invest in tourism, industry, agriculture and human welfare sectors. Owing to the huge investment potential in the aforementioned sectors coupled with the strong willingness of the nationals, Eritrea’s economic sectors would be revitalized more than ever.

As there is a good association between the agriculture and industry sectors, there is a huge potential in the production of Agro-industrial products. So, there would be a mutual benefit among the investors of these two sectors. Thus, the second national investment conference has been very helpful for the investors for it enabled them to see the investment potentials and to see how dependent one sector is to another.

The tourism sector is also another area in which the investors would be provided with huge potential. As there are a number of recreation areas, there is investment potential in the construction of hotels. The 13 Government owned hotels would also be given to a private sector. A briefing on such tourism potentials was given to the participant investors.

Telecommunication and insurance are also other potential areas. Any capable investor could buy a share in these two sectors. The around 700 individuals who participated in the

second national investment conference, are delighted with the opportunities that has been opened and are looking ahead to see it practically implemented.

Most of the investors who come from the abroad said that they have been investing in the respective countries they come from. But, as the Government of Eritrea is putting the necessary ground works that would be conducive for effective investment they are ready to come and invest in their homeland. They are ready to make a share towards the growth of every sector. What they usually bear in mind is that a better nation where every national enjoys it alike.

In the industry sector there is a huge potential in processing of food stuffs, manufacturing of leather products such as setting up of tannery plants that process finished and semi-finished goods for local markets as well as for export. A briefing on the potentials of this sector was also given to the investors.

The second investment conference was indeed a platform for an exchange of ideas between the investors and representatives of the potential investment sectors. What is more appealing about such a conference is that all concerns, doubts and constructive suggestions have been shared. There is no doubt that the investment by the people for the people would succeed for  there is good engagement of every Eritrean investor to make investment of any sort in ones homeland and as the very idea of the investment steams from  the Government’s far sighting vision.

Livestock Population and Types of Eritrea

“We always should stride for something new”