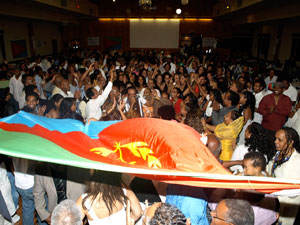 The 13th annual festival of Eritrean community members residing in Australia and New Zealand has concluded.

The festival that witnessed the participation of a number of citizens from various Australian and New Zealand cities, as well as Eritrean community representatives from several countries in the Horn of Africa was one in which staunch popular resistance was demonstrated against anti-Eritrea agendas, according to reports.

is taking step towards a new stage of economic development, and lauded the activities staged at the festival.

They further expressed satisfaction with the seminar in which detailed briefing was given regarding the objective situation in the Homeland, and reiterated their readiness to back up the national development drive.