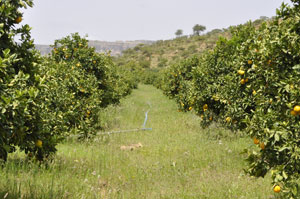 Mendefera, 14 January 2013 – The Ministry of Agriculture called on Agricultural Associations in Mendefera sub-zone to boost production targeting nutritious food varieties through enhancing integrated endeavors. It made the call at a meeting conducted in Mendefera city with various Associations of fruits and vegetables, dairy, apicultural and poultry farmers.

They also called on the Ministry to facilitate distribution of select seeds and stocks such as that of potato, maize, sweet potato, green feed, poultry and bee colony, besides beehives.

Mr. Eyasu Asefaw, head of the Ministry’s branch in the sub-zone, indicated that the prevalence of collaboration and exchange of experience among the Associations has given rise to higher production level, and called on them to establish stronger bond with agriculture experts.

In concluding remarks, Mr. Bahta Tedros, head of the Ministry’s branch in the Southern region, lauded the dynamic efforts being exerted by the Associations, on the basis of which egg and milk production was raised by 33% and 12% respectively last year, while that of fruits and vegetables, as well as honey has increased by 16% and 3%. Furthermore, he expressed the Ministry’s readiness to collaborate with the Associations.