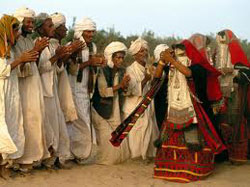 Traditionally all the marriages use to be arranged marriages. In an arranged marriage, the bride and groom are selected by a third party rather than by each other. It is especially common in royal and aristocratic families around the world. Today, arranged marriage is still practiced in South Asia, Africa and the Middle East. These marriages are not forced it is just that they are usually set up by the parents or an older family member because of circumstances and conveniences. The match could be selected by parents, a matchmaking agent, matrimonial site, or a trusted third party. In many communities, priests or religious leaders as well as relatives or family friends play a major role in matchmaking.

Arranged marriages vary in nature and in how much time elapses between meeting and engagement. In an “introduction only” arranged marriage, the parents may only introduce their son or daughter to a potential spouse. From that point on, it is up to the children to manage the relationship and make a final choice. There is no set time period. This is common in the rural parts of South America and especially in India and Pakistan. The same also occurs in Japan.

First preference is given to the same background. The ancestry of the individual and the family’s culture and traditions also play an important part. Usually, prospective spouses are looked for from families belonging to the same region and having the same language and food habits.

Other things like the horoscope play an important role in some part of the world: Numerology and the positions of stars at birth are often used in Indian culture to predict the success of a particular match. Horoscope becomes a determining factor if one of the partners is Mângalik (lit., negatively influenced by Mars).

There are several advantages that come with arranged marriages. One advantage is that arranged marriages are less forced in today’s society. Many societies around the world see that Islam in particular enforces arranged marriages. Most people in the Islamic faith know that in order for two individuals to get married, the marriage would only be possible if the two individuals like each other. With keeping this in mind, the parents would only arrange the marriage if both individuals give consent. Another advantage is the risk of mismatch is eliminated. Arranged marriages ensure that two people are perfectly matched. Family members would ensure that factors such as culture, religion, and language are all the same. Family members would also ensure that the matched individual for their child would come from a similar socio-economic class. These identical factors would help make communication between the two individuals easier and understand where they both come from. When both individuals have almost everything in common, there would be more chances that the marriage would be successful.

Another advantage is that divorce is at a low risk. Since most arranged marriages take place in eastern societies in particular in south-Asian countries such as India, where divorce is almost unthinkable. Most religions such as Islam, Hinduism, and Christianity discourage divorce. Since both individuals come from the same background, they would share the same views on marriage and divorce, therefore less likely to divorce. Parents are careful when it comes to selecting their children’s partner, to ensure that the marriage will be successful and divorce would not be an issue.

But obviously along with advantages, arranged marriages may also include disadvantages. One disadvantage is the fact that the individual does not have the opportunity to make their own decision. When a marriage is arranged

by family members, they don’t encourage the individual to decide on who they should marry. Instead of the individual going around meeting people and dating, the parents are left with the job to find the match. If the marriage does not work out and both spouses are unhappy, the blame would go towards the marriage.

Although arranged marriages might have a lot of advantages I believe that one (especially women) should experience life at the fullest which includes falling in love as much as getting your heart broken. But regardless how tough it might be, it will also bring you the outmost enthusiasm and happiness that you will never experience if your marriage along with your life is planned out and arranged.