Where is literature heading to? 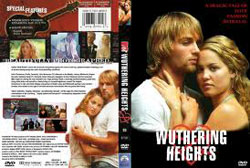 One might simply and carelessly think of literature as a group of poetic works combined all together in big old books. Nevertheless literature is a vast aspect in which the cultural ratio of human being is cogitated. I think of it as mirror of all the changes and developments societies went through in their own proportional social and cultural backgrounds.

It is a true fact that every cultural and literary movement has its own principals and it deeply highlights the social and historical context of its perspective period. Parametrically every literary image: whether it’s a writer, painter or poet; tries to put on his or her works aspects that frame-in the general scale of the period.

I mean, how would we be knowing about the heroics actions of our brothers and fathers in making our country’s independence real once and for all if songs and books wouldn’t  have been written and after more than half of century who would have known how the soldiers of the First World War if Ungaretti  hadn’t expressed his thoughts? … So practically I would dare to compare literature as a “living mirror of times”.

But, is there any real literature being produced now-a-days? In our times we’ve marched ahead in many different areas; Science, medicine, mathematics, human rights, life style. Who are the Shakespeare/s of our time? What works have our authors produced that people will still be reading and studying hundreds of years from now? Who is creating the new literary styles; using words and writing in manners never seen before, to take us places no one has ever ventured?

Of course it is hard to predict now, what word art will stand for, I’m sure most of you shall agree, reality TV shows will not go down as our culture’s legacy. So, what constitutes a piece of real literature? Does it need to be an antique? Can someone sit down today and start typing up, a ten to fifteen page, short piece, of real literature; finishing it, proof read it then send it off to the press?

Every age is its own worst critic as a matter of fact many literal movement grew in the hatred of the period, it was a way of rejecting and rebelling against the historical and cultural context. Like the Avant guards:  Futurism, Cubism or Surrealistic art. But we enjoy the artists of our time. We support their gumption, laugh with them at their irony, cry with them through their pain. For our poets, painters, lyricists, authors are our voice! Our great artists make statements and take stands, which become our statements and our stands. They produce what we want and desire to have.

But, the majority of any kind of art created in our age is mostly commercialized art. The modern field of writing, for sure, is dominated by commercialists. With time, can some of the works which started out as commercialized writing transcend into being recognized as something more; perhaps real literature? Commercial writing is relevant in today’s society, everyone writes to make money and fame.

As a matter of fact, in our times literature has assumed an elevated technological attribute, something that naturally reflects the advanced era we are in. Whether they are traditional or the latest e-Books, books are being written and there are countless paintings and other artistic forms that drown-out the contemporary context. In addition we now have movies: visual recordings that can be surely defined as the latest most popular literary genres. The songs that are being recorded and the photo galleries can be some mare example of the new lateral aviation.

People may have not noticed yet but we are living in an epoch of a highly compatible and technological literal radiation. Clearly our living style, the urban situation we are in, our way of thinking and other aspect of people’s daily lives events have influenced the genres and techniques. It’s us whom making the literal products so it’s only natural for it to have our touch. It is what literature supposed to be: a reflection of the idealistic thoughts and inner spirit of those who make it.

I personally have always believed that any form of expression has the same chance or right to be judged as a form literature; from a line of graffiti, spray painted on the side of a falling down building, to a rallying phrase hand painted on the side of a tank, to a romantic text message one sends to a dear lover or a chat on Facebook with some friends. I believe letters, diaries, journals of both famous and unprofessional people can be quite literary. News articles, magazine interviews when handled properly, all have potential to be stamped as literature. I truly hope the generations of the next centuries will be amazed by today’s literal movements!