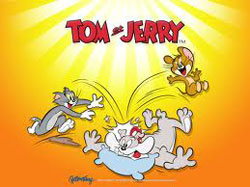 Who says cartoon movies are only made for kids? I strongly refuse to give up on the Simpsons and the adventures of Tom and Jerry, or Avatar just because they are animated flicks. As much as they entertain children am sure thousands if not millions of grown up people around the world enjoy watching mythical animated movies.

Animation is a graphic representation of drawings to show movement within those drawings.  A series of drawings are linked together and usually photographed by a camera.  The drawings have been slightly changed between individualized frames so when they are played back in rapid succession (24 frames per second) there appears to be seamless movement within the drawings.

Early animations, which started appearing before 1910, consisted of simple drawings photographed one at a time.  It was extremely labor intensive as there were literally hundreds of drawings per minute of film.  The development of celluloid around 1913 quickly made animation easier to manage.  Instead of numerous drawings, the animator now could make a complex background and/or foreground and sandwich moving characters in between several other pieces of celluloid, which is transparent except for where drawings are painted on it.  This made it unnecessary to repeatedly draw the background as it remained static and only the characters moved.

It also created an illusion of depth, especially if foreground elements were placed in the frames.

It an undeniable fact that Walt Disney took animation to a new level.  He was the first animator to add sound to his movie cartoons with the premiere of Steamboat Willie in 1928. This was the first animated film with sound, with Mickey Mouse as the star, titled Steamboat Willie. It lasted 7 minutes and 45 seconds. Ub Iwerks was the principal animator, and the sound was done using the Cine phone monaural system, which synchronized the sound

effects with the music, performed by Carl Stalling.  In 1937, he produced the first full length animated feature film, Snow White and the Seven Dwarfs.

With the introduction of computers, animation took on a whole new meaning.  Many feature films of today had animation incorporated into them for special effects.  A film like Star Wars by George Lucas would rely heavily on computer animation for many of its special effects.  Toy Story, produced by Walt Disney Productions and Pixar Animation Studios, became the first full length feature film animated entirely on computers when it was released in 1995.

With the advent of personal computers, it has now become possible for the average person to create animations.  And with the invention of 3D we can now have an even better view of our movies. 3D animation is digitally modeled and manipulated by an animator. The animator starts by creating an external 3D mesh to manipulate. A mesh is a geometric configuration that gives the visual appearance of form to a 3D object or 3D environment. The mesh may have many vertices which are the geometric points which make up the mesh; it is given an internal digital skeletal structure called an armature that can be used to control the mesh with weights. This process is called rigging and can be programmed with movement with key frames.

No wanders nowadays, animation ended up being the main method of artistic expression, used by a vast number of professionals, to make conventional cinema and television movies but they are not alone. Each day, thanks to 3D animation and the widening field of multimedia, more and more artists are beginning to see animation as an ideal way of giving expression to their ideas, through image to image sequences.

Let’s simply thank those whom made this beautiful world of animation real. Even though it needed the hard work of many people that kept renovating it in the course of many years, they still managed to reach (step by step) the innovations which have made possible the execution of animated cartoons as we know them today. Nothing would ever be compared to the beautiful world of animation!