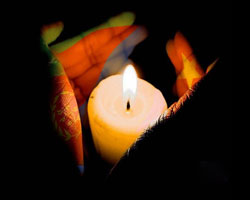 Mr. Dawit Woldesilassie, a citizen residing in Tessenei city, has extended a total of 350,000 Nakfa honoring the trust of martyrs.

Tessenei, 05 April 2013 – Mr. Dawit Woldesilassie, a citizen residing in Tessenei city, has extended a total of 350,000 Nakfa honoring the trust of martyrs.

Speaking in the wake of the handing occasion, Mr. Teklebirhan Gebrewold, Administrator of Tessenei sub-zone, pointed out that 7 families of fallen heroes have become beneficiaries of the financial support extended by Mr. Dawit. Accordingly, the families have received 50,000 Nakfa each.

Reports also indicate that the same national had donated 550,000 Nakfa last year in support of 11 families of martyrs.

The sub-zonal Administrator lauded the active role of inhabitants with capital as regards supporting families of fallen heroes, and called on others to emulate such noble initiative.

Mr. Saleh Osman, head of the Ministry of Labor and Human Welfare’s branch in the sub-zone, called on the beneficiaries to judiciously utilize the financial resource, and thereby improve their livelihood, and said that such popular initiative is vital in meeting financial needs of such families.